It's been a quiet few days for FCP news this week in the shadow of the US election. This gave us time to dream about our ideal FCPX edit suite if money was no object.

Money really isn't an issue when it comes to speccing out the beefiest FCPX workstation you can get. Prices for editing hardware and software have tumbled so far down, you can now get the whole lot for the price of an HD capture card ten years ago.

Spurred on by discussions with HDWarriors' Philip Johnston about a replacement edit suite for his ageing MacPro, we thought it would be interesting to put together our dream edit suite.

In December the 27inch iMac will be the fastest Mac that will run FCPX. Let's go for a maxed out BTO. 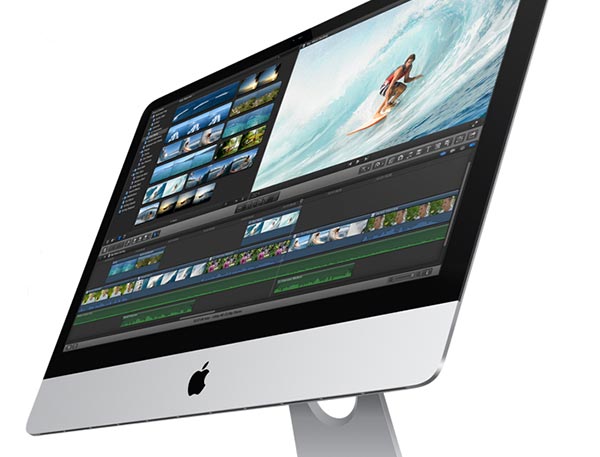 The only price posted for this imac is $1999, but with all the BTO options, $3,500 is probably nearer the mark! Although Apple have said new MacPro's are on the way, it is unlikely we won't see them until the middle of next year and we are also discounting Hackintoshes from the possible lineup.

Do you need an extra screen to run FCPX? If so a Thunderbolt equipped 27 inch display is another $999. 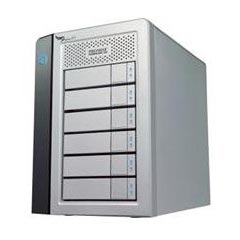 On to storage and one thing is clear, it has to be Thunderbolt. Our choice would be the $2,200 Promise Pegasus R6 that offers 12TB at RAID 6.

As these units have a Thunderbolt passthrough, they can be daisy chained. If you didn't want to have any other peripherals connected by Thunderbolt, 6 of these units would offer 72TB!

FCPX doesn't have great shared storage support yet so Ethernet based storage and Thunderbolt to Fibre Channel solutions have been discounted.

Don't forget most Thunderbolt peripherals will also need a cable, so let's say 3 cables at $50 each.

Video I/O devices are slightly different as there are only about four choices of manufacturer available. Connection would have to be again via Thunderbolt and if you needed a pass through device then the AJA IoXT at around $1,500 fits the bill.

The Blackmagic Design Ultrastudio 3D is not only cheaper at $999, but it offers (as you can tell from the name) 3D capability should that be important to you. It is an end of chain device, but the iMac does have two Thunderbolt ports.

The the UltraStudio 4K is at $1,295, but for the moment for editing with 1080, one of the other two would be our choice. All three boxes can run other software such as Adobe CS6 without having to install other drivers, which excludes the Matrox MXO2 from our list at the moment.

Should you need external monitoring, the Flanders Scientific range of LCD screens always get good reviews and they keep their prices down by shipping anywhere in the world from Atlanta. The 1920 x 1080 LM-2140W would be a good addition to the suite at $2,495. The higher specification LM-2461W is $4,995. 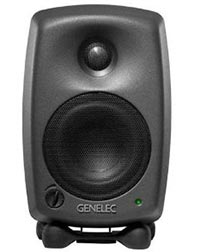 As for audio monitoring, in the UK there is one manufacturer that seems to dominate the NLE market and that is Genelec.

The Genelec 8030A active two way monitors are priced at $650 each and have legendary sound and build quality. Smaller and cheaper models are available, but these are the ones we would have sitting on the edges of the edit desk.

We would also allow $130 for a dedicated FCPX keyboard which we highlighted the benefits of in our recent article.

So a bit of maths gives us a grand total of about $11,750 which is an amazingly low figure considering the suite will fly through 1080 broadcast pictures with ease. It is actually hard to spend a huge ammount of money on editing kit as the component pieces are now so cheap!

We haven't mentioned the furniture to go with the suite such as consoles, chairs, lights or anything you normally find in an edit suite, that would be another article for later. So would be choosing extra software and plugins for the suite. Maybe that's an article for next month.

So what would you have in your ideal FCPX edit suite?