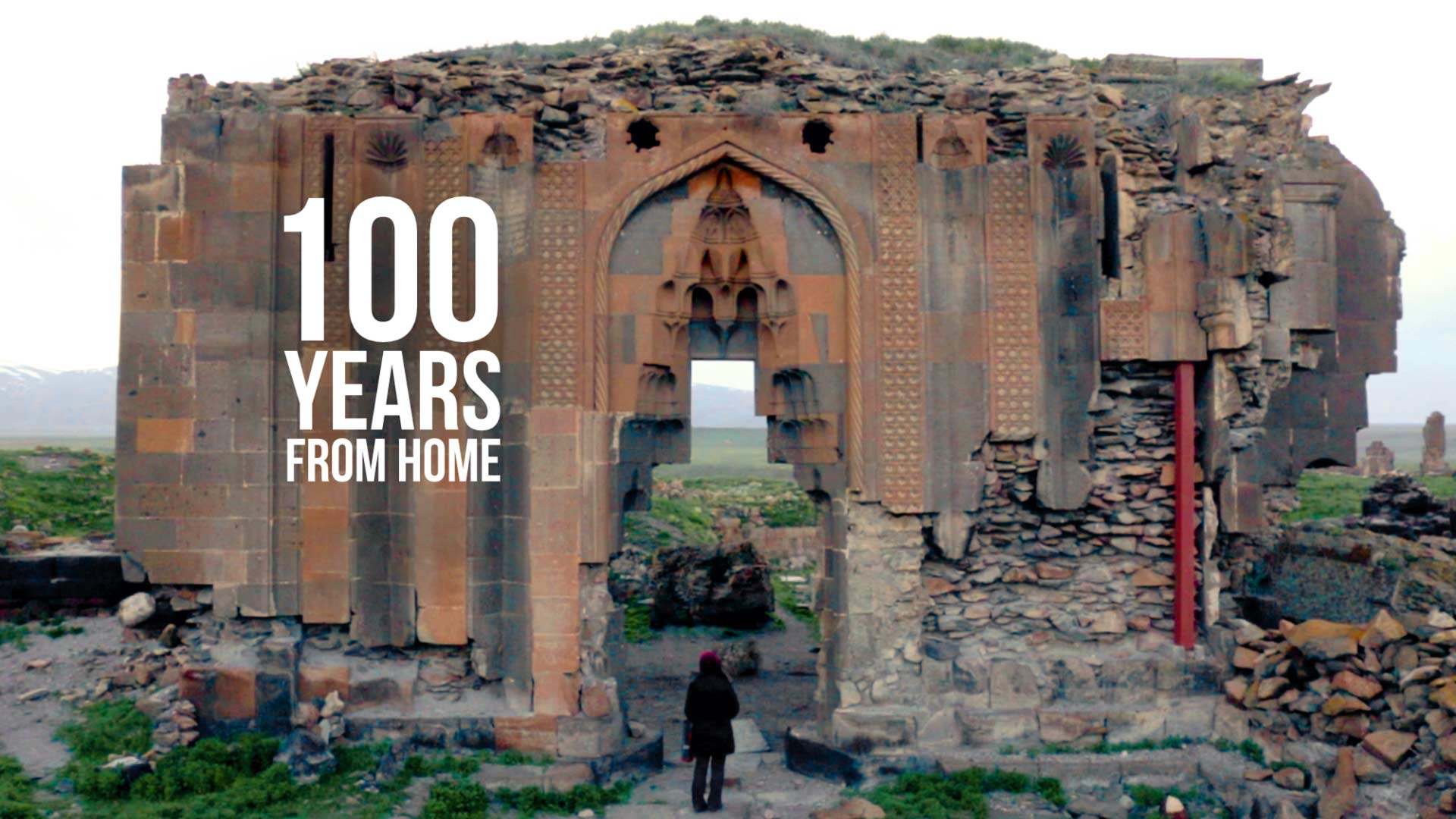 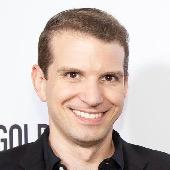 Six years ago, my producing partner Lilit Pilikian and I set out to make a documentary called “100 Years from Home” about the lasting impact of a genocide that nearly annihilated a people.

The film, which I directed and co-edited in Final Cut Pro X, follows Lilit’s journey as she searches for her great-grandparents’ house in modern-day Turkey, which they were forced to abandon over a century ago during the Armenian Genocide in the Turkish Ottoman Empire that killed over 1.5 million Armenians during and after World War I.

“100 Years from Home” is a vivid portrait of an American woman grappling with questions about cultural identity, intergenerational trauma, family, survival, and finding her place in her community and the world. The harrowing yet hopeful documentary is now airing on PBS stations across the U.S. and Canada.

The blueprint for the long-lost house was passed down from generation-to-generation until finally ending up in Lilit’s hands. So in April of 2015, the two of us flew out to Armenia to be there for the centennial, then into Turkey in search of the house.

For practical and safety reasons, equipment was kept as lightweight and low profile as possible for the production and our crew of two. The film was primarily shot on a Canon 5D and Canon 7D, with GoPros used for driving inserts and drone footage, as well as the occasional b-roll footage shot on an iPhone. We filmed many interviews that were setup with a barebones lighting kit that are incorporated throughout the documentary for context and color. 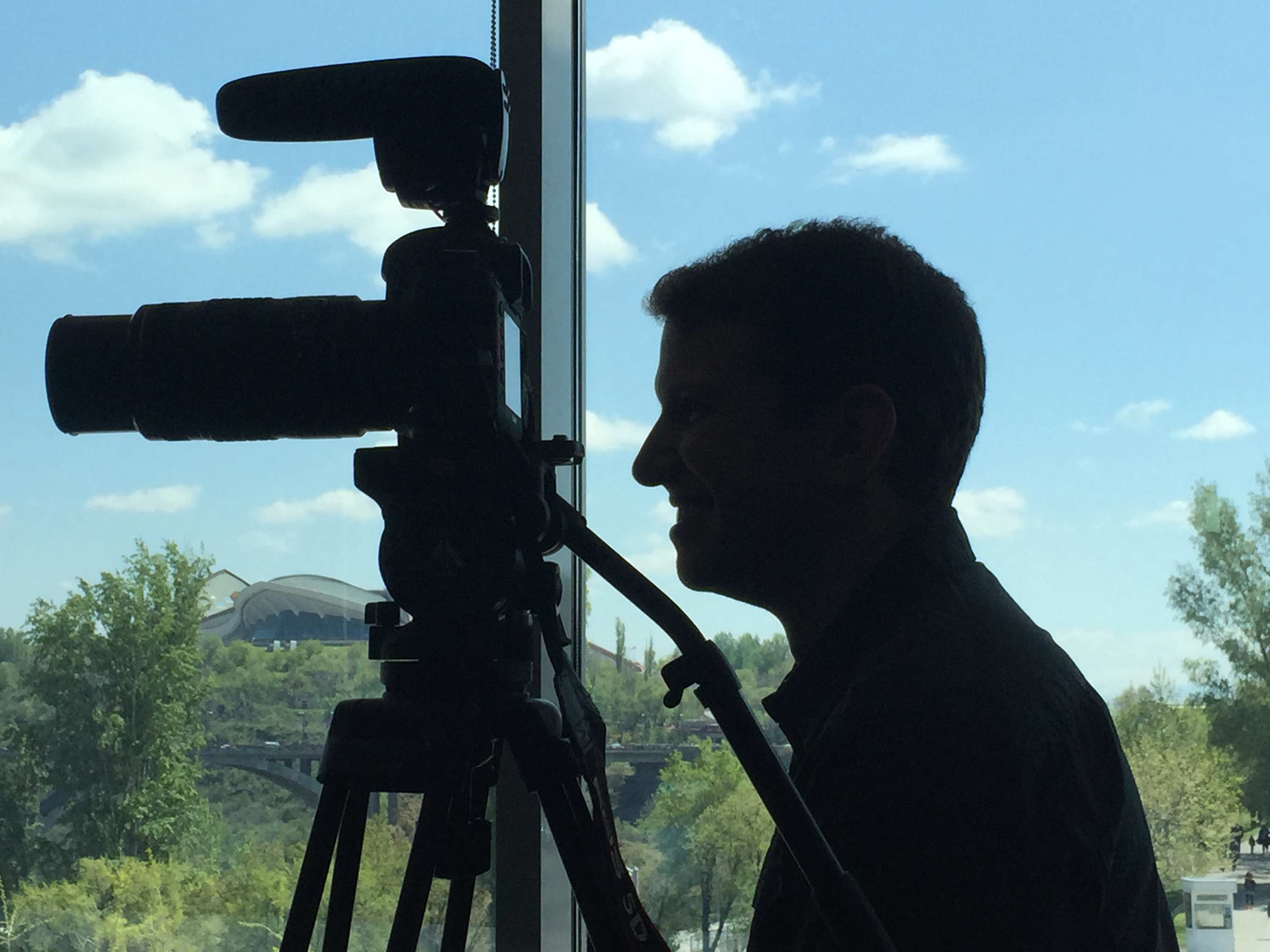 I brought my MacBook Pro along for the trip, and at the end of each night I backed up the day’s footage to multiple hard drives, and logged it in Final Cut Pro. I created Multicam clips for the sit-down interviews, and marked clips/clip ranges with relevant keywords and as favorites.

On April 24, 2015, the day that marked the 100th anniversary of the Armenian Genocide, we went to Tsitsernakaberd, the genocide memorial in Armenia, to capture the affecting experience of thousands of people marching up the hill to lay flowers around the eternal flame. It was an incredibly moving experience, and one that I felt honored to document. 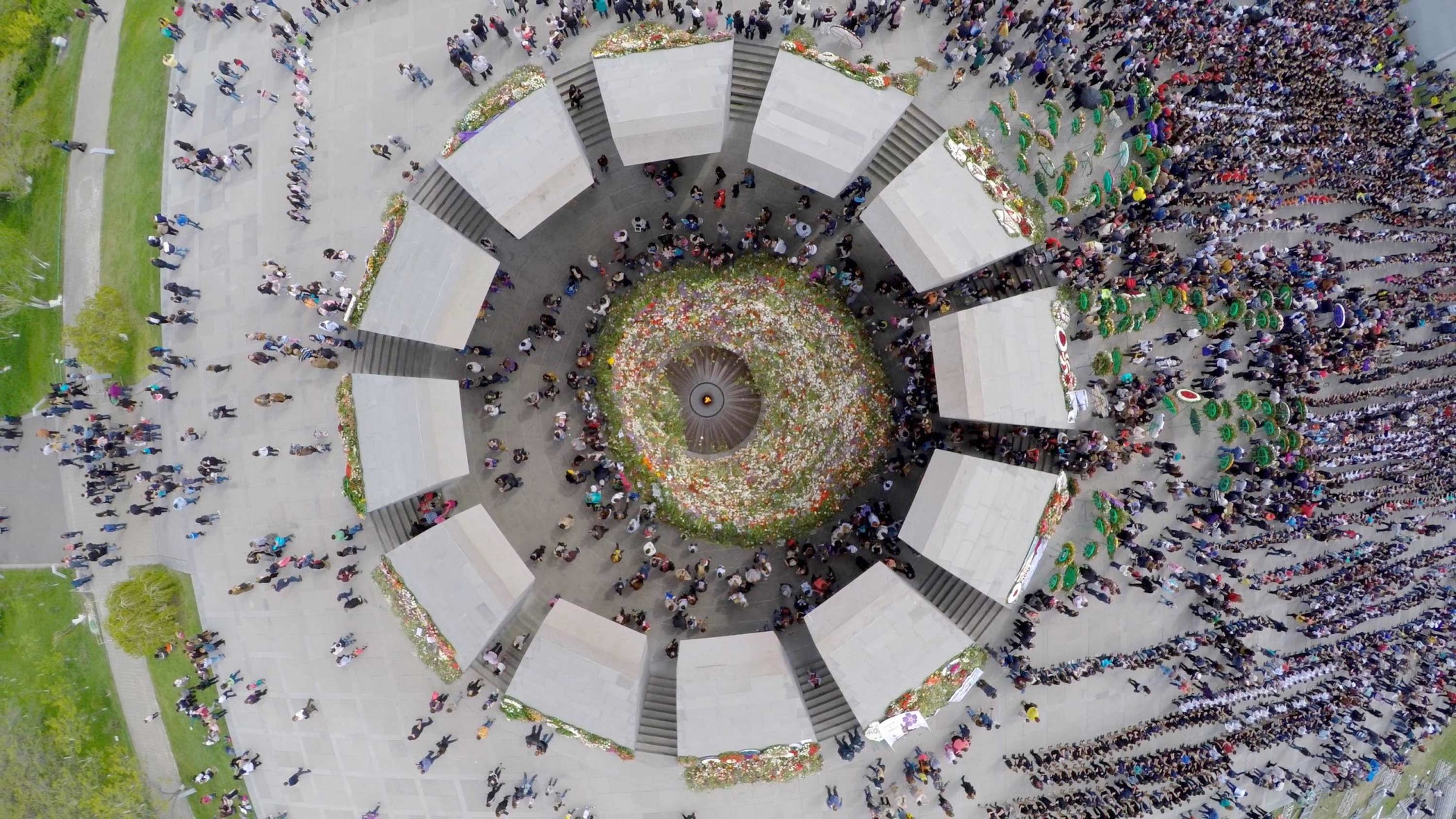 In early May of 2015, Lilit and I went on a tour that took us into Eastern Turkey, to the formerly Armenian towns of Ani, Van, and Kars. Turkey’s continued denial of the Armenian Genocide has added to the grief for so many, and certainly made Lilit feel trepidatious upon even entering the country.

This is where the pared-down equipment came in handy in not drawing too much attention to ourselves. I documented her search for the house through the streets of Kars late into the night, comprising the gripping climax of the film.

Arriving back in Los Angeles after the month-long journey, we continued filming interviews for the film and some other relevant events for several more months, on and off. We also found ourselves with the daunting task of sifting through over 100 hours of footage – much of it in another language – in order to find the story we wanted to tell.

I was lucky enough to edit the film with a brilliant co-editor, Gayane Grajian. She was really instrumental in helping hone in on the heart of the story. Early on in the outlines we made for the film, it was to take a much broader view of the Armenian people in general, with some specific stories sprinkled in. Gayane was the one who helped us see that Lilit’s emotional journey was a great window into this larger history in a way that prevented it from just feeling like a dry history lesson, and instead made it an engaging story that’s relatable to anyone: the search for home.

Editing a documentary like this one allowed many of Final Cut Pro’s strengths to shine. 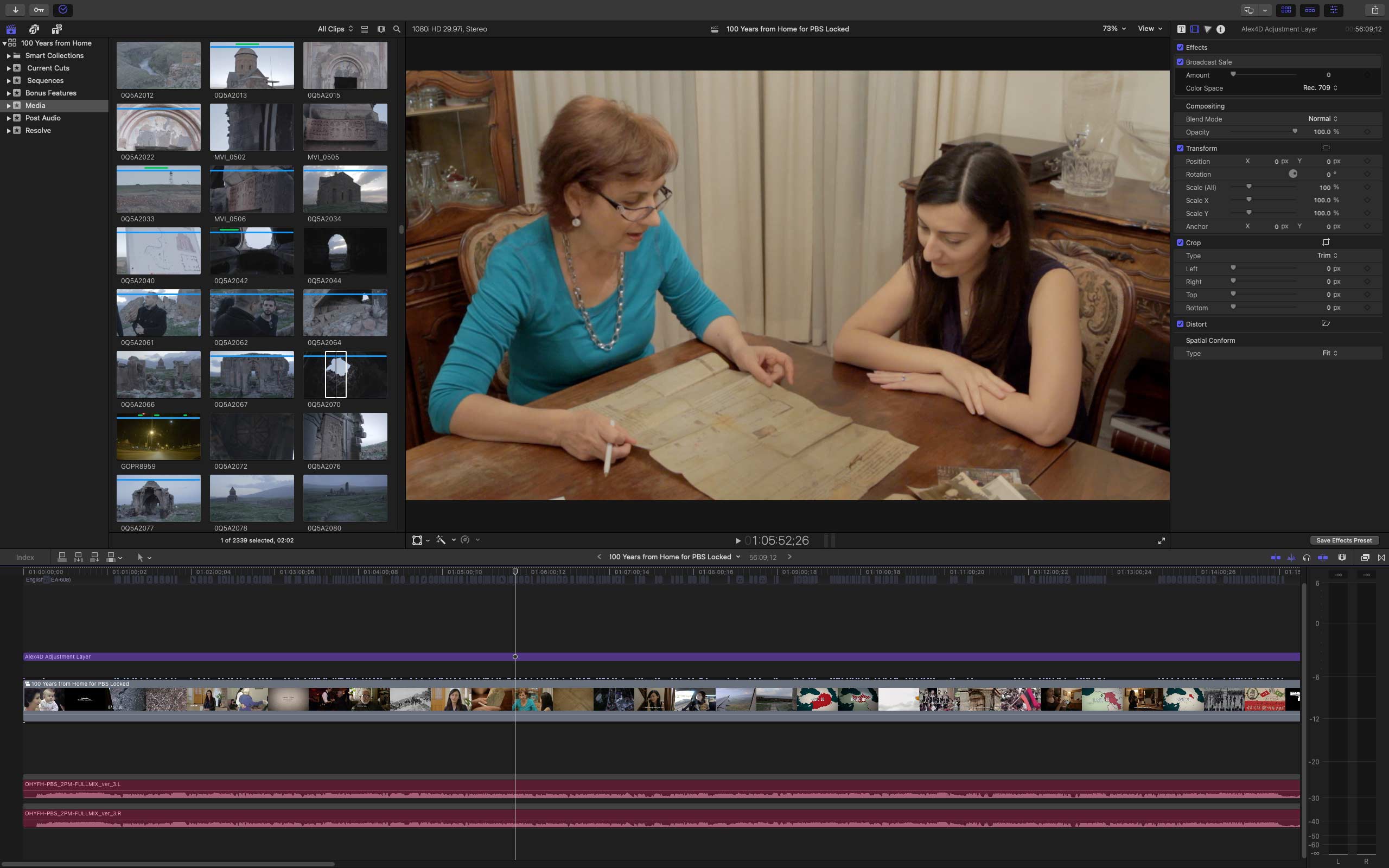 This film combined together many different formats, codecs, and frame sizes into the same timeline without any issue. In addition to the multiple formats we shot on, we also digitized old home movies from Lilit’s family to add insight into her relationship with her grandmother and mother.

We also were able to get permission to use footage documenting how people in many other countries around the world marked the occasion on April 24th, 2015, and were able to bring all of those different formats together with ease in a moving montage in the film.

The way that Final Cut Pro utilizes metadata is a game changer for sorting through mountains of footage.

Keyword collections were a big deal, especially because you can tag a clip with multiple keywords, or keyword just a partial range of a clip. This is far more powerful and flexible than putting clips into discrete bins. Favorites made finding selects right from the Browser quick and easy. Used media ranges made it clear which parts of clips had not yet been fully utilized, which was great for finding new b-roll options.

These tools work especially well for documentaries which are far less structured than your average scripted show, allowing us to turn what might otherwise have been an overwhelming task into something we got a handle on very quickly. This let us have more time to focus on the creative aspects of shaping the story. 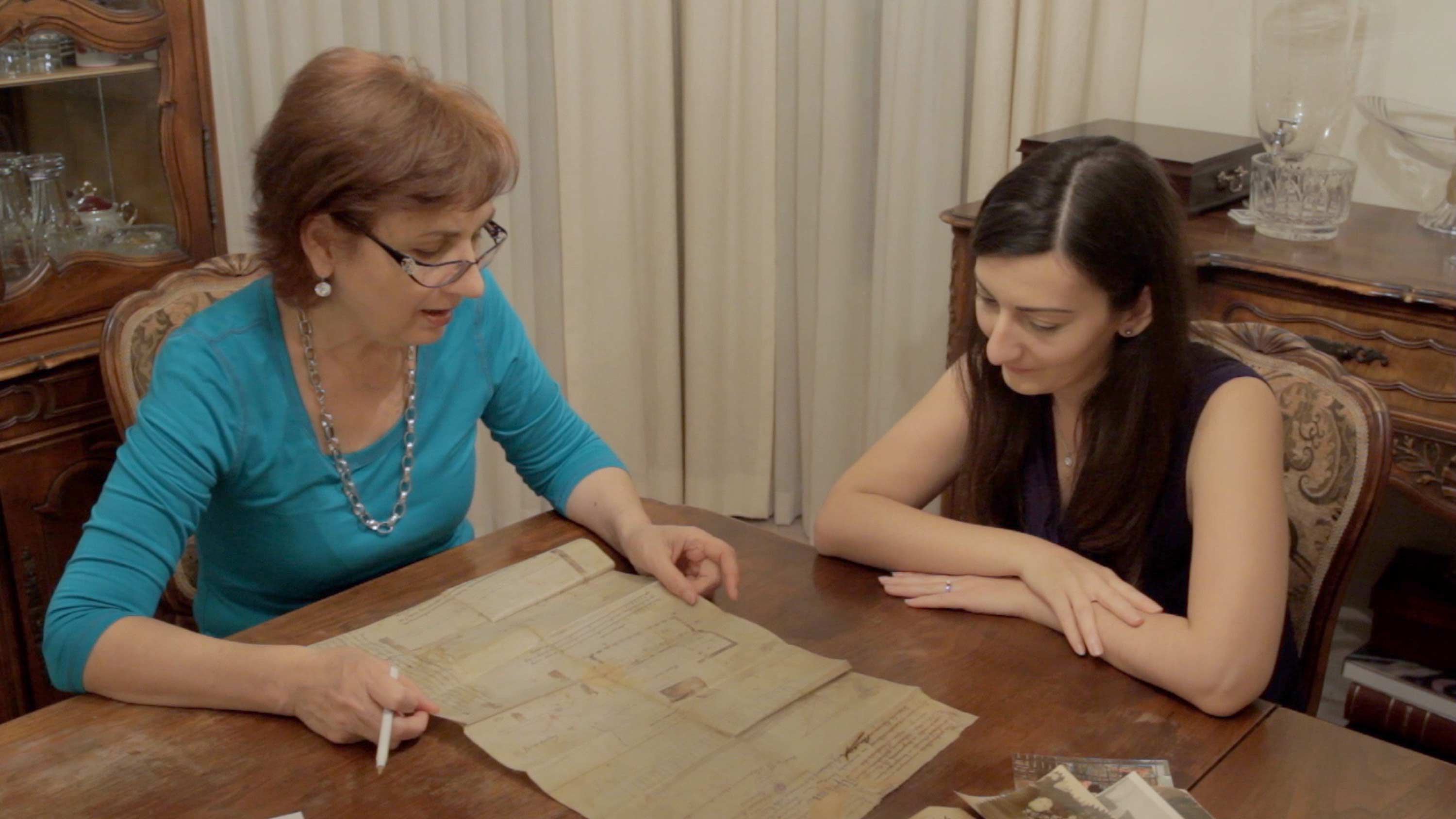 We laid out the “radio edit” for different segments in the timeline, cutting together selected interview clips, dialogue, and narration around similar topics. Once we’d assembled this, we began layering in b-roll as connected clips.

Gayane is a very accomplished editor who works primarily in Avid, and this was her first major project using Final Cut Pro.

It took her a little time to get used to some of the differences, but once she customized her keyboard shortcuts to her liking, she got on quite well with it. She appreciated the way clip connections allow you to easily reorder interview clips in the magnetic timeline while maintaining the relationship between specific lines and b-roll. (Changing a clip’s connection point via cmd+opt+click is great, but as fans of keyboard shortcuts, we would love a shortcut that allows you to do this to a highlighted clip without having to use the mouse!)

She also liked how easily the effects and transitions can be manipulated right in the timeline, and how easy it is to disable/reenable video and audio clips, both great for quickly auditioning different options on the fly, even while the timeline is playing.

Nearly half of the interviews we shot were in Armenian, so it was very helpful having Gayane, who is fluent in the language, to find the best parts of those interviews. She added markers and notes to the clips with English translations, making them searchable in Final Cut Pro, which allowed me to find the clips I needed as I cut together sequences.

Gayane and I often worked separately on different parts of the film, then would trade sequences to refine what the other person started. We used transfer Libraries to swap these sequences back and forth, which worked really well. I would love to see more real-time collaborative features added to Final Cut Pro, but for our purposes this allowed us to collaborate remotely very effectively, even before the pandemic made this type of thing more commonplace.

Once we locked picture, the film was color corrected in DaVinci Resolve, then brought back into Final Cut Pro via XML for finishing. Our incredibly talented composer Emily Rice wrote a beautiful score incorporating many Armenian instruments and elements.

I used X2Pro to seamlessly deliver the AAFs for ProTools to Ugo Derouard at UgoSound Studios, who did an incredible job on the sound mix. The way X2Pro lets you utilize Final Cut Pro’s Roles and SubRoles in how you want to lay out the audio tracks for ProTools is great. Compressor worked perfectly in meeting the specs for broadcast, and Final Cut Pro’s caption feature allowed us to deliver the closed captioning required.

It’s incredibly gratifying to make a film that helps raise awareness for such an important yet often overlooked issue. Final Cut Pro helped us to tell this story and make it look great both in its festival run on the big screen and for broadcast, where we’re able to bring this story to a wide audience.

The subject matter has taken on a new urgency in light of the recent war that broke out between Azerbaijan and the Armenians in the contested region of Nagorno- Karabakh/Artsakh at the end of 2020. While “100 Years from Home” deals with weighty issues, in the end, the story is a hopeful one. Lilit and I have been blown away by the response of people from all walks of life and backgrounds with whom “100 Years from Home” has resonated. 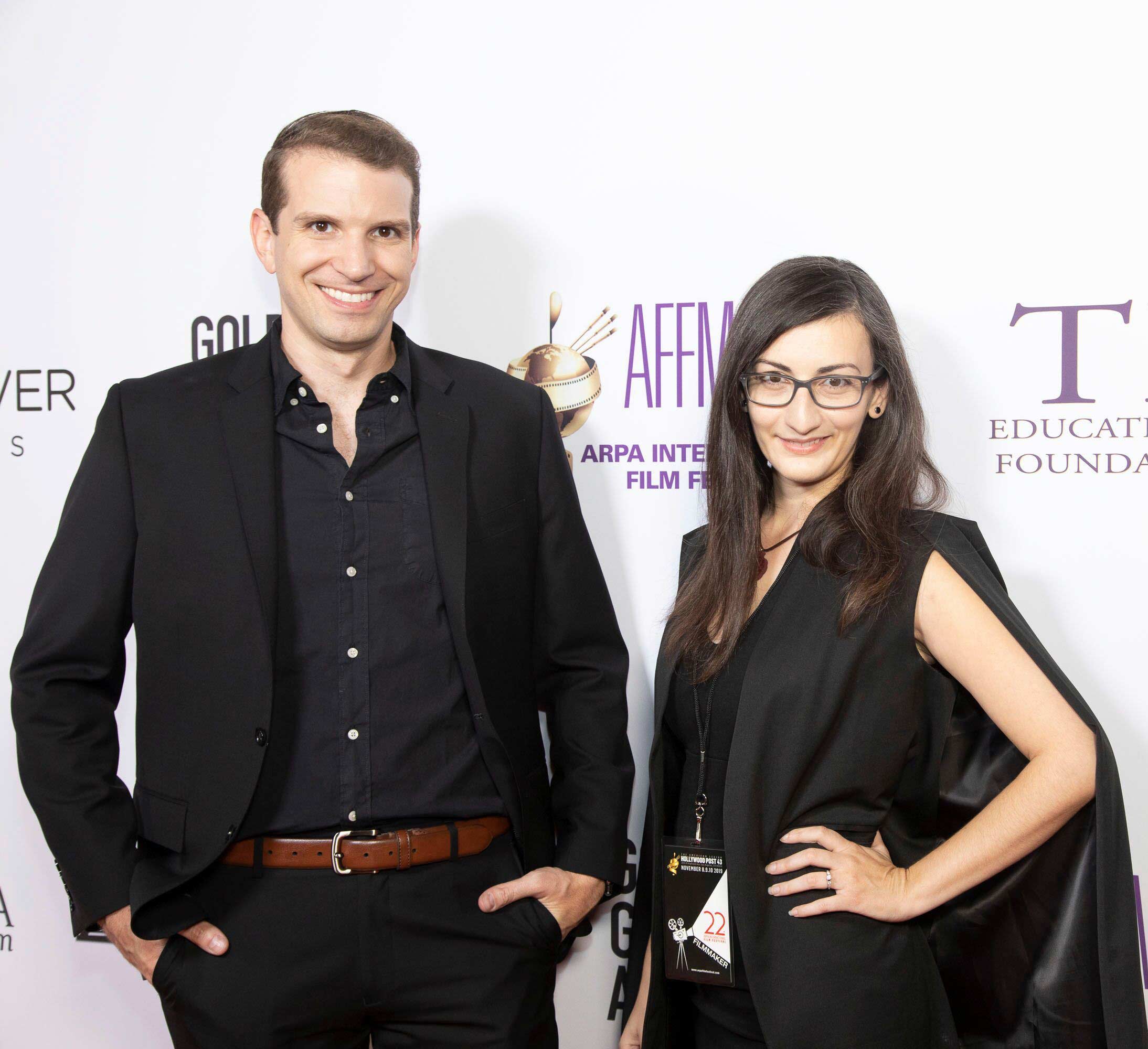 The film premiered at the Arpa International Film Festival in Hollywood in November 2019, where it was nominated for Best Documentary. It made its television premiere in Southern California on PBS SoCal and KCET in September 2020, with subsequent airings on other PBS stations across the U.S and Canada, including in Philadelphia (WHYY), Detroit (Detroit Public TV), San Francisco (KQED), and Buffalo/Toronto (WNED), with still more to come. Learn more about the film at 100YearsFromHome.com.

Jared White is a writer/director from Los Angeles who makes films with a focus on empathy and the fight for justice.

He started the production company Squared Pictures with his wife and frequent collaborator Lilit Pilikian. His work has premiered at highly regarded film festivals, been featured on many of the top platforms on the web, and received national television exposure.

Jared directed, co-produced, and co-edited “100 Years from Home,” which marks his first foray into documentary filmmaking, and is airing on PBS stations across the U.S. and Canada. Find more of his work at SquaredPictures.com.

Discuss this article
Log in to comment
Posts in discussion: 100 Years from Home - Edited in FCP, Now Airing on PBS

jaredrwhite replied the topic: #113427 16 Mar 2021 00:04
Thanks, Martin! We're grateful to be able to help raise awareness about the Armenian Genocide. Though there's still a lot of denial and lack of recognition around the world, thankfully Germany officially recognized the genocide in 2016, joining a growing list of countries that have done so.
Read More...