If you couldn't make the recent FCPX Tour in Amsterdam during IBC, you really missed out. Not a worry though as all the presentations were recorded and we will be publishing them right here on a regular basis. Here are the first two:

The latest FCPX Tour, which took place during IBC in Amsterdam, was a huge success with an impressive line-up of international presentations. Never before did an FCP X-centric event attract so many professionals from all over the world to talk about their experiences with Final Cut Pro X.

All sessions were recorded by a professional multicam team directed by Hans Linssen, and now the videos are ready to go online. We will publish one or two new videos each day, while we eagerly await the next major update of FCP X. 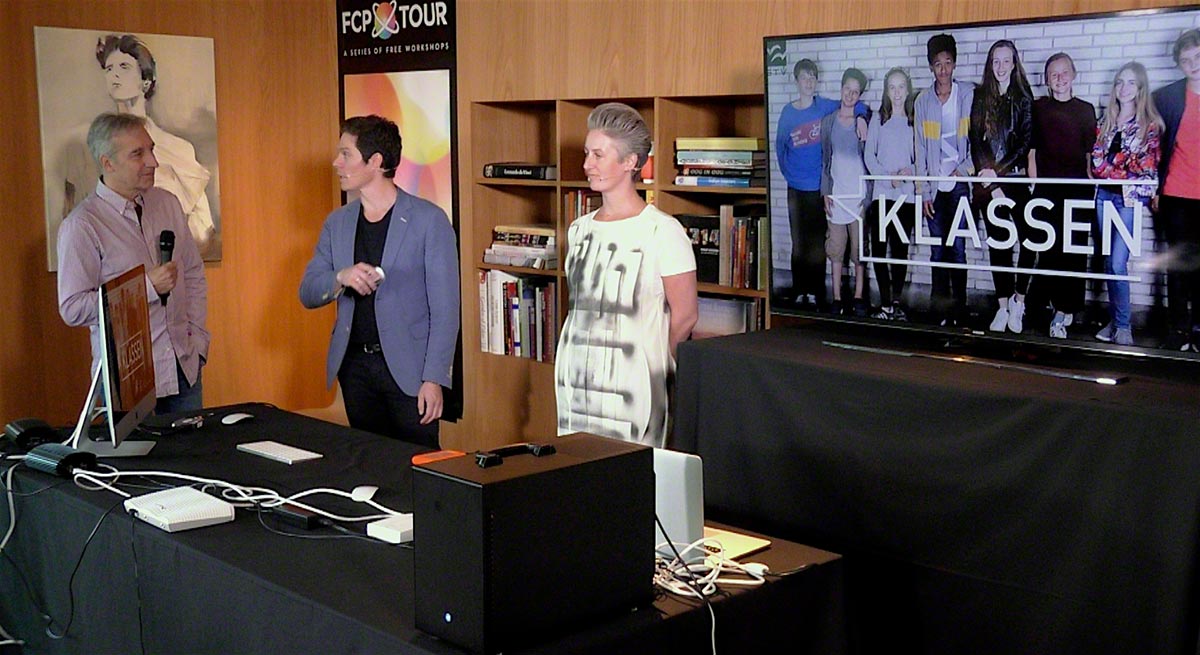 We start off with a very interesting case-study. STV is a major television production company in Denmark that produces 290 hours of content for national television each year. Until recently, all of their productions were cut on Avid Media Composer. But for Klassen, their new prime-time scripted television series for kids, the producer decided to go with FCP X. And they haven’t regretted this choice for one moment.

Morten Ryberg Dannisboe (producer) and Giusy Naitana (lead editor) explain how Final Cut Pro X and the JellyFish shared storage system from LumaForge have enabled them and their creative team to deliver the 69 episodes of this highly popular show in an incredibly efficient way: 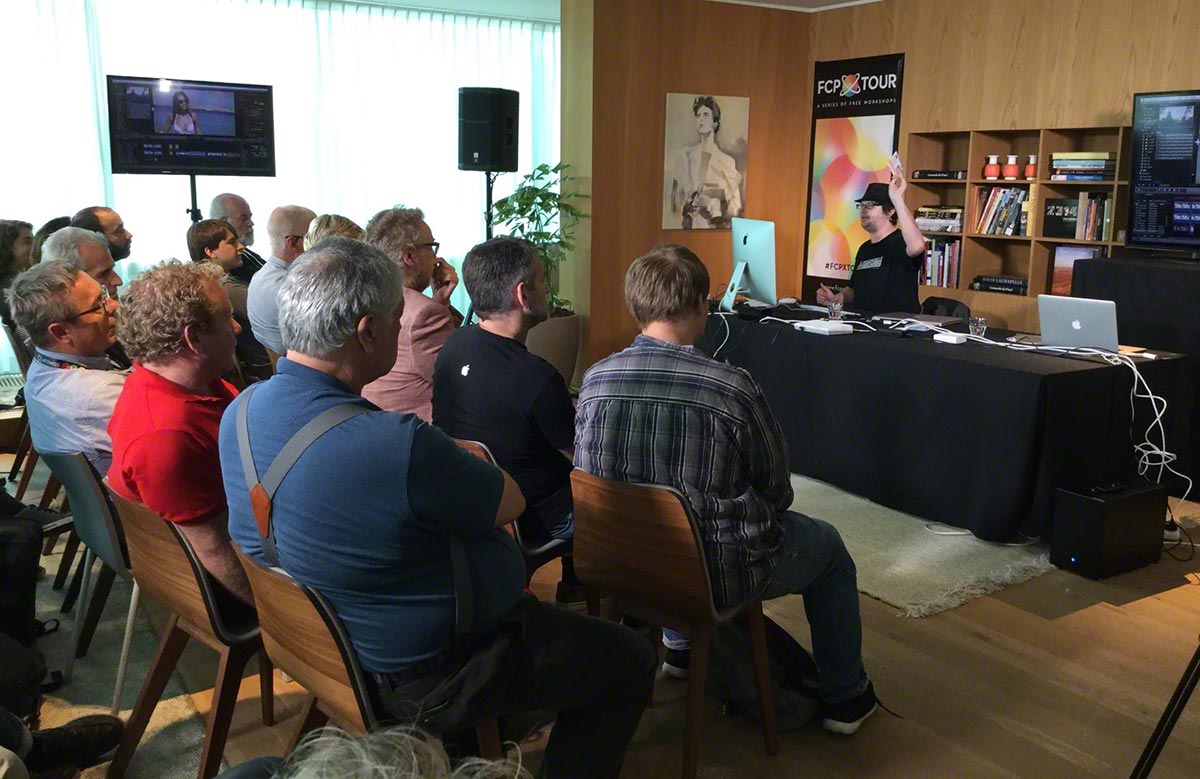 Next up is Roger Bolton from CoreMelt. Roger gives a hands-on demonstration of the highly popular SliceX/TrackX plugins with Mocha tracking technology, based on techniques that were used in the Hollywood movie Whiskey Tango Foxtrot which was edited in Final Cut Pro X.

He continues with a detailed explanation of LUTx, one of the most powerful LUT solutions for FCP X, and finally he shows a world-first demo of the brand new Denoise plugin that CoreMelt will release in the coming weeks: