Ever wanted to add notes to clips in FCPX via dictation? For $29, FCPXTRA enables you to dictate your thoughts right into the notes field in Final Cut Pro X

Jan Willem den Bok got in touch about his new application FCPXTRA that allows the dictation of notes directly into Final Cut Pro X. We were intrigued and asked if he could tell us a little more, which he has very kindly done. If the name sounds familiar, you might remember he was behind a set of add-on plugins called Final Cat Pro. (We cannot get the website to load.)

After filming the birth of the nation of South Sudan for more then 4 years, travelling back and forth 6 months ago (incorporating a civil war in what was supposed to become a documentary about hope and the rise of a nation), I ended up with 4 TB of clips and a big mess in my mind. I was really desparate because I had no ‘grip’ on my material. Where was that quote about? Where was that shot of?

That’s when I wrote my first plugin FCPXTA - turning Keywords 1.0 into 2.0, if I may say so. I think it adds a whole new galaxy to the FCPX universe. There is a free 5 day trial of FCPXTRA on my website.

I’m dedicated to FCPX. Don’t know why. I cut like a ninja now, but there were times that I chopped of my own head from time to time with that samurai-blade called FCPX…

Now I’m fast. Faster then FCP7, but FCPX has some stupid annoyances. I'm not impressed with the 3D Title-Fisher-Price-Rubbish (We will be so bored with 3D titles in 6 months, anyone dare to use a page-peel? Was freaking cool in the summer of 1998!)

BUT BESIDES SPEED FCPX HAS ONE THING THAT’S SO MUCH OVERLOOKED: METADATA….

MacBreak hosts Mark and Steve rightfully dedicate their MacBreak episodes (143, 195, 223 to name a few) to the subject of metadata. Philip Hodgetts is a metadata-guru. Still a lot of filmmakers skip metadata and keywords, thinking it’s boring, too time-consuming and plunge into their edits with clips named #0001, #0002, without paying proper attention to metadata. But to me, Keywords and Metadata is what makes FCPX the-way-to-go. To me the power of Final Cut Pro X is in using Keywords. Keywords in Final Cut Pro help me to annotate quickly and create order in that 4TB of chaos.

Coming home after my last documentary in South Sudan, overwhelmed by 4TB of stuff more than 4 years old, I HAD TO transcribe, outline and keyword everything. But how do you transcribe an interview? You can’t create a keyword for every line, or you’ll end up with a truckload of keywords. And even if you decide to do it like that, you can’t search for it easily. The results don’t show up in your ‘Find’ window. If you want to search in keywords you have to open a complicated pop-up box. It’s crazy!

After years of editing, I have discovered that the only way to really organize in Final Cut Pro is to create general keywords and to add information to the ‘Notes’ column of keywords. That’s the trick.

The possibility of adding information to the Notes column is the way-to-go if you want your metadata to be search-friendly, but the way to add this information is very time consuming. Because then you will be able to organize your selections with general Keywords like ‘Interview’, ‘B-Roll’ or whatever and specify each selection with the ‘Notes’ field next to the keyword.  But that takes too much time. Nobody wants to click for every keyword from the keyword-window to library to timeline back and back again. There had to be a better way. That's why I made FCPXTRA.

FCPXTRA is a service saving you loads of time, not only when adding information to keywords, but also when you need to search for this information later on. If you need to write out your interviews or provide more information than a few words FCPXTRA Keywords Services can help. FCPXTRA groups your shots and stores the information in the 'Notes' tab. With the click of one button you can transcribe your interviews, specify your locations or mark specific qualities of the shot.

And then the fun begins. Because the time you invest in the beginning (pre-edit) you get back double in the edit and post-edit. I agree, for short 2 min videoclips you don’t need keywords or FCPXTRA. But when you need to organise, write out interviews, pinpoint locations, name shots, takes, specify names of people, dictate interviews…I think FCPXTRA can help.

I created FCPXTRA by myself, out of necessity. It’s not perfect yet, but the result is what counts for me. Now I can dictate my interviews very fast and efficient. Or type it if I like. I can symbolise my keywords, creating order by colors and symbols.

The plugin is doing some crazy stuff, an approach that Larry Jordan once called unique, which is GUI-scripting. Now formally FCPX is not scriptable. You can’t run Applescript-actions on it, there’s no library for it. But I’m jumping from field to window with this. GUI-scripting in FCPXTRA is emulating user-behaviour…simply said: pressing keys and menu’s so you don’t have to. That’s all, but it’s complicated to write for an ordinary filmmaker like me (I’m not a true coder, took me 6 weeks).

But the best thing would be that Apple implemented the philosophy and functionality of this in a new version of FCPX. I’m truly convinced that it will be very helpful to filmmakers, directors, producers, editors.

In the coming month I will research more about the workflow of organising in FCPX. I hope to write an small ebook of my discoveries, with the editor of FCP.co allowing I’ll let you know when I’m finished. And I have a few other plugins in the pipeline, not as impressive as this, just smart add-ons for all you filmmakers and editors out there, to help make beautiful stuff. Because that’s most important thing. 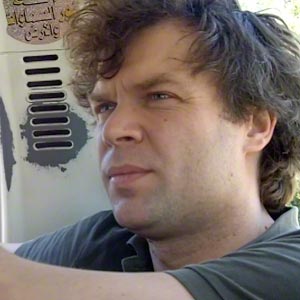 My name is Jan Willem den Bok, I’m a Dutch filmmaker, making documentaries for 15 years now, you can see them with English subtitles on my website. I’ve just finished a documentary about South Sudan and I’m working on new ones in Brasil and Lebanon right now.

Like a lot of other independent filmmakers I do filming, sound, editing and directing by myself, giving me the opportunity not only to be flexible and cheap, but most of all to get very close to people.

I feel it’s an honour to be invited in the lives of so many people, that they are willing to share their feelings, their hopes and worries. I do all I can to amplify the beauty in people with my films and I believe that we as filmmakers must never forget that the person in front of our lens deserves all our respect and creative abilities.