Ming Lai's story about the post production of his latest feature documentary 'Visions of Warriors' is one that we are sure we will hear again a lot more in the future. Quite simply, how Final Cut Pro X made it easy for the director to finish a film without the need of an editor or expensive equipment. All in 4K as well.

To some people, editing, color grading, and post-production in general can be quite intimidating. You enter a high-end post-production house, and it’s filled with state-of-the-art equipment. An editing suite and especially a color grading suite looks like Mission Control. And the editor or colorist commands the suite like a spaceflight director.

As a producer/writer/director, I’ve had the honor of working with many talented editors, colorists, and post-production professionals. I know the theory behind editing, but I didn’t know how to do it myself. On my latest feature documentary, “Visions of Warriors,” I was suddenly pushed into the editor’s chair.

In “Visions of Warriors,” four veterans from the Vietnam War era to the Iraq War participate in the groundbreaking Veteran Photo Recovery Project (VPRP) at the Veterans Affairs (VA) Menlo Park and use innovative photography therapy to treat their mental illness. 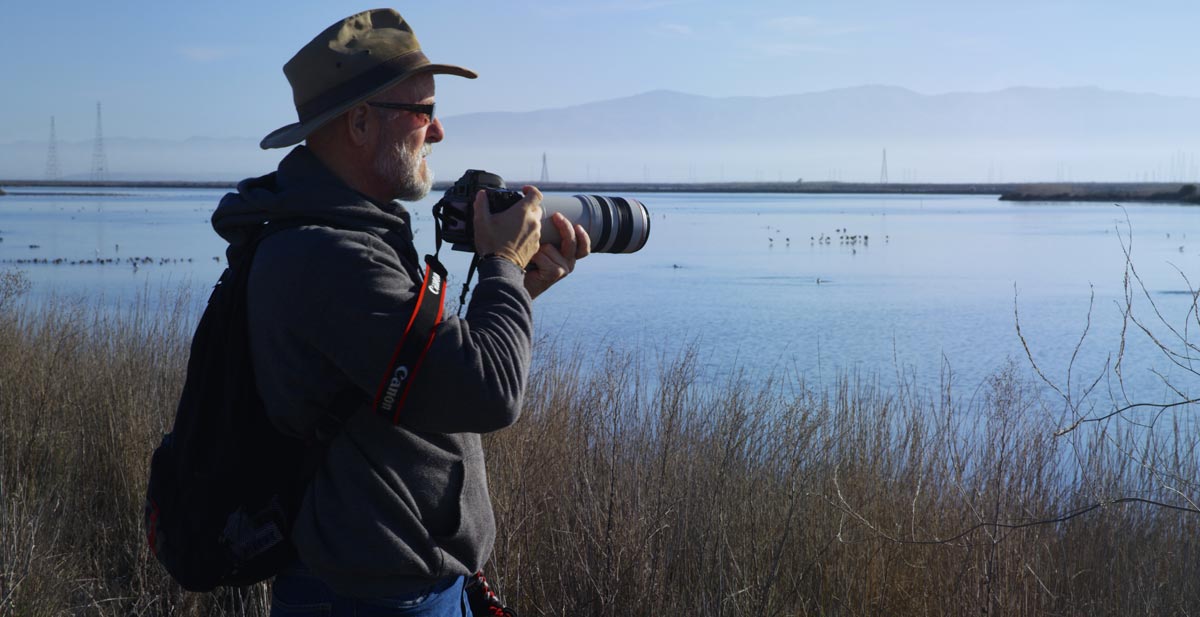 My crew and I shot the documentary for one-and-a-half years, traveling back and forth from Los Angeles where we’re based, to Menlo Park, California and the surrounding areas, where the program and veterans are located. Our tiny crew consisted of myself as the producer/writer/director, a director of photography (Dilip Isaac and Trevor Crist), a location sound mixer (Stacy Hruby and Micah Mucklow with Stephen Thorpe and Randy Thieben subbing in), and a production coordinator (Ernest Cheng). 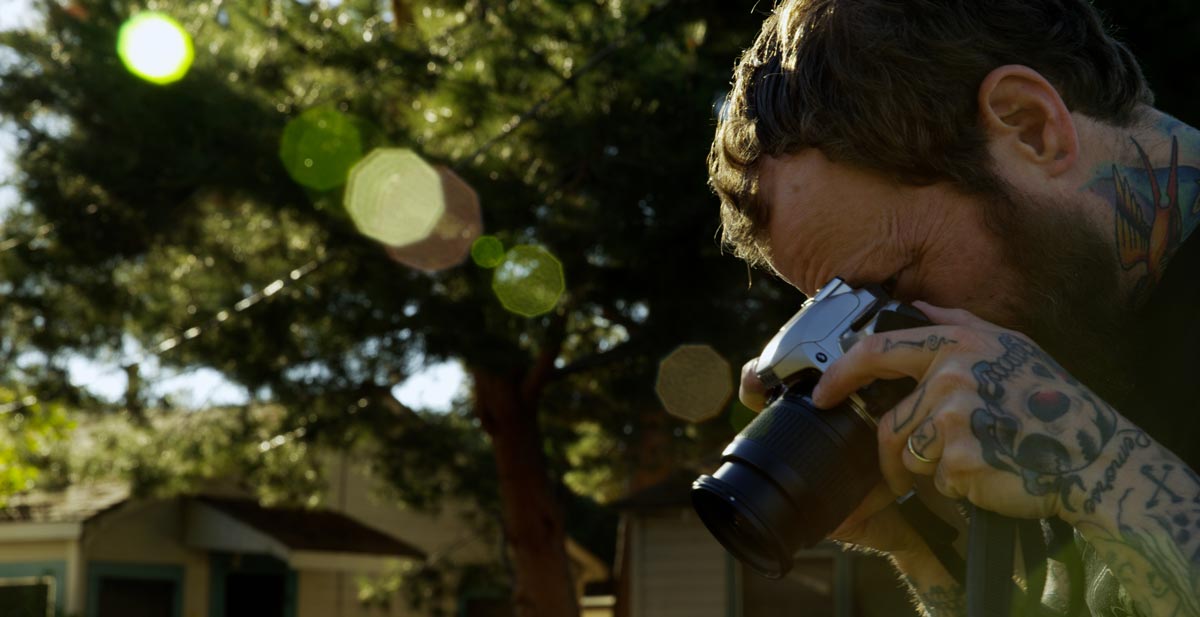 When we finished shooting and started post-production, my co-producer/editor, Matt Steinauer, suddenly became very ill and wasn’t able to work on the project. Because we had a very small budget, we couldn’t hire another editor. Plus, we had a tight post-production schedule with looming film festival submission deadlines.

Because I’m more familiar with Macs and have some experience with earlier versions of Final Cut Pro (FCP), I chose to edit the film on FCPX (10.2.3). Plus, Matt often edits with FCP 7 and X so I could ask him for technical support. 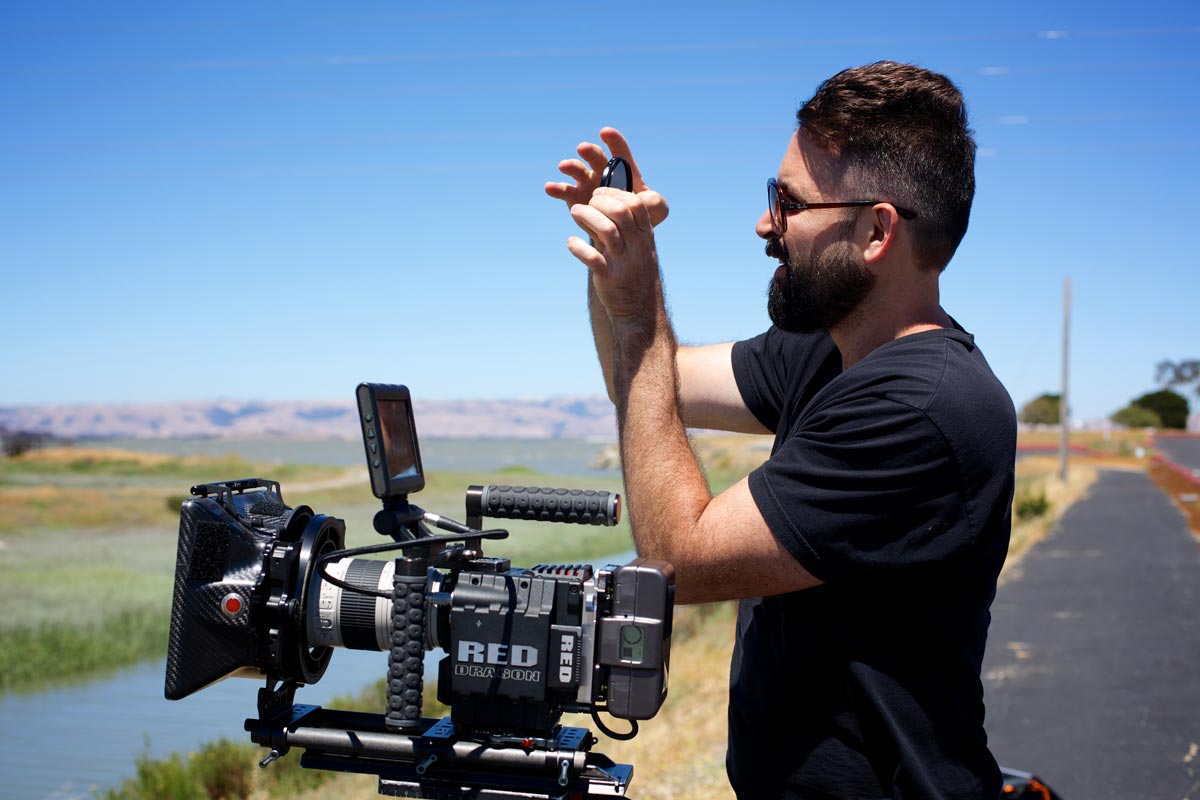 We shot the documentary in 5K with a RED Epic Mysterium-X and later in 6K with a RED Epic Dragon and planned to finish it in Cinema 4K (4096 X 2160). So I needed to build a powerful editing system that could process these beefy RECODE RAW files. I modeled my system after Matt’s, which I knew could handle the files—a Mac Pro (Late 2013) with a 3.5 GHz 6-core Intel Xeon E5 processor, 32 GB of 1866 MHz DDR3 ECC memory, dual AMD FirePro D700 6144 MB graphics cards, and 1 TB of flash storage. 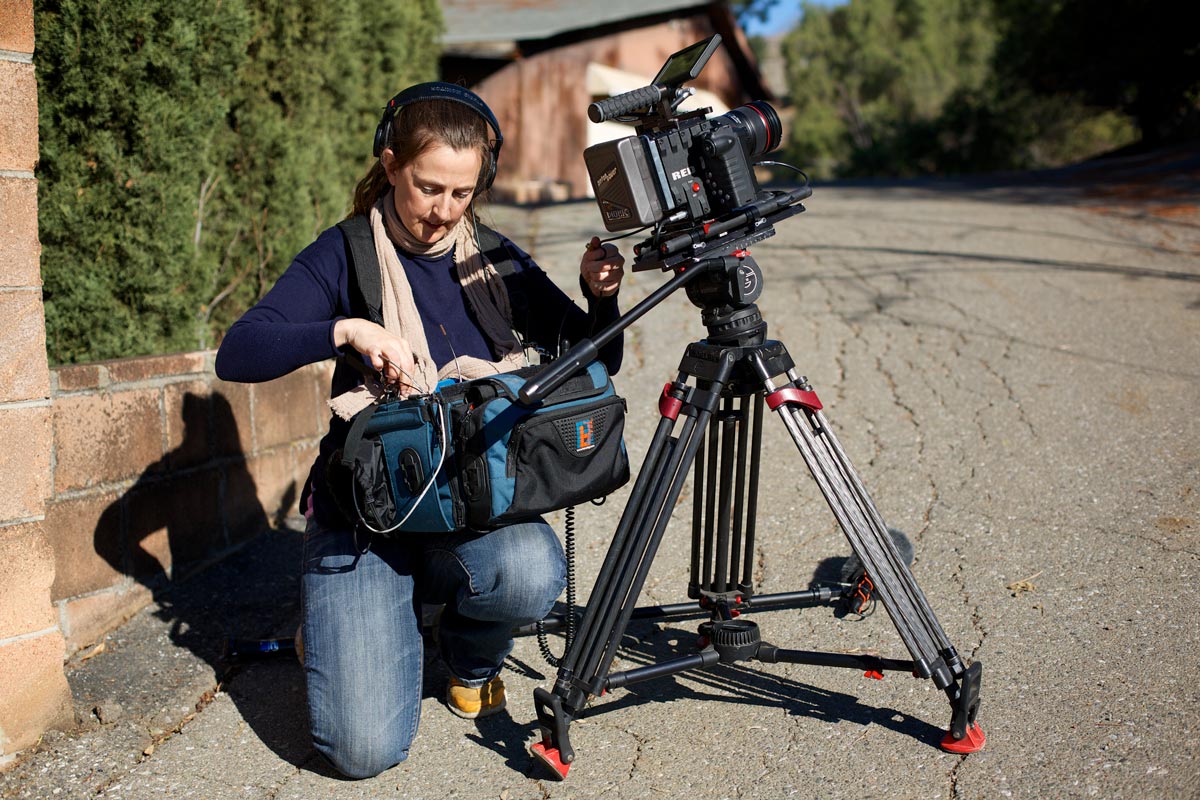 Transcribing the interview footage and logging the B-roll footage was time-intensive, but it helped me to learn all of the details of the footage and pre-edit the documentary in my head. To help me choose which of the veterans to feature in the film, I wrote scripts for each of them—essentially short documentaries. I chose the strongest stories to include in the feature-length documentary.

To learn how to use FCPX, I read many books and articles, watched many tutorials, and consulted with many colleagues, developing my own workflow for this project. I found the program to be very intuitive—reviewing footage, selecting clips, dropping clips onto the timeline, inserting transitions, adding titles, and doing other tasks. 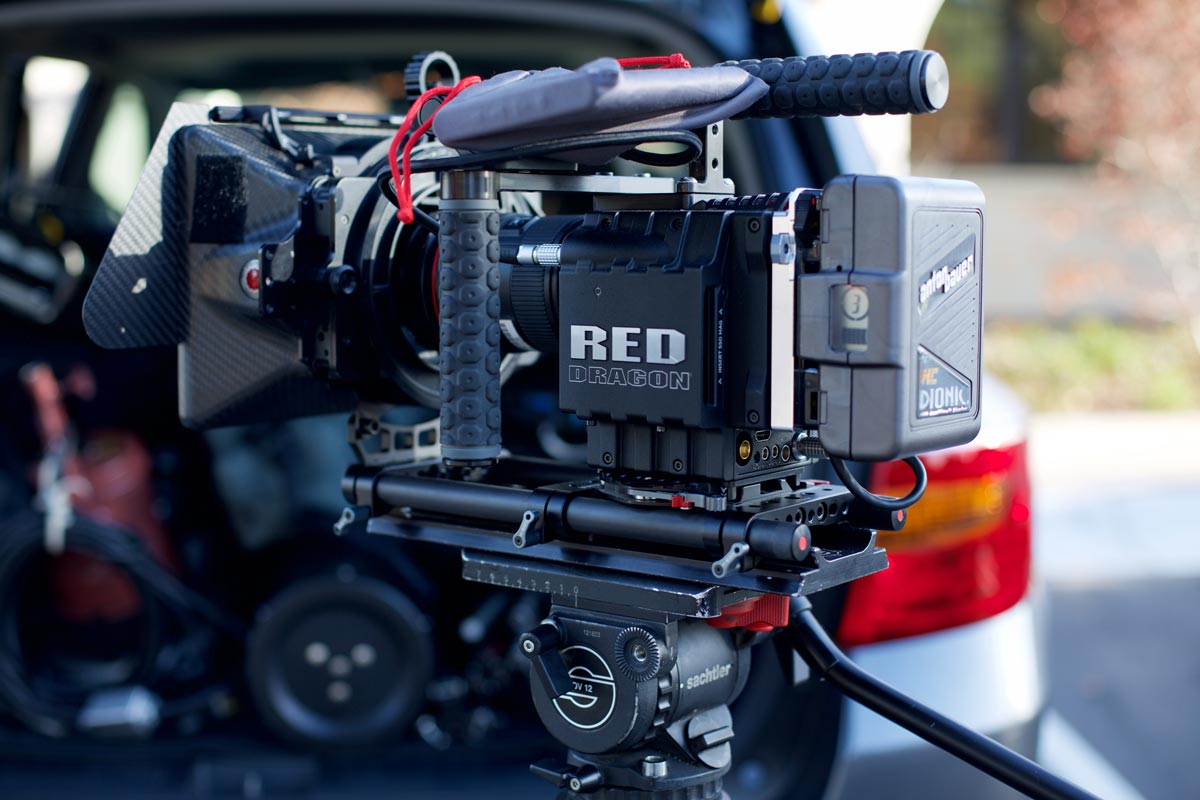 Because the program was easy to use, I could concentrate on telling the story. I created a narrative structure to mirror the veterans’ shattered lives, alternating between them and the VPRP team. Overall, the narrative arc of the film extends from the veterans’ diverse backgrounds to their challenging military service to their debilitating mental illness to their intensive treatment. 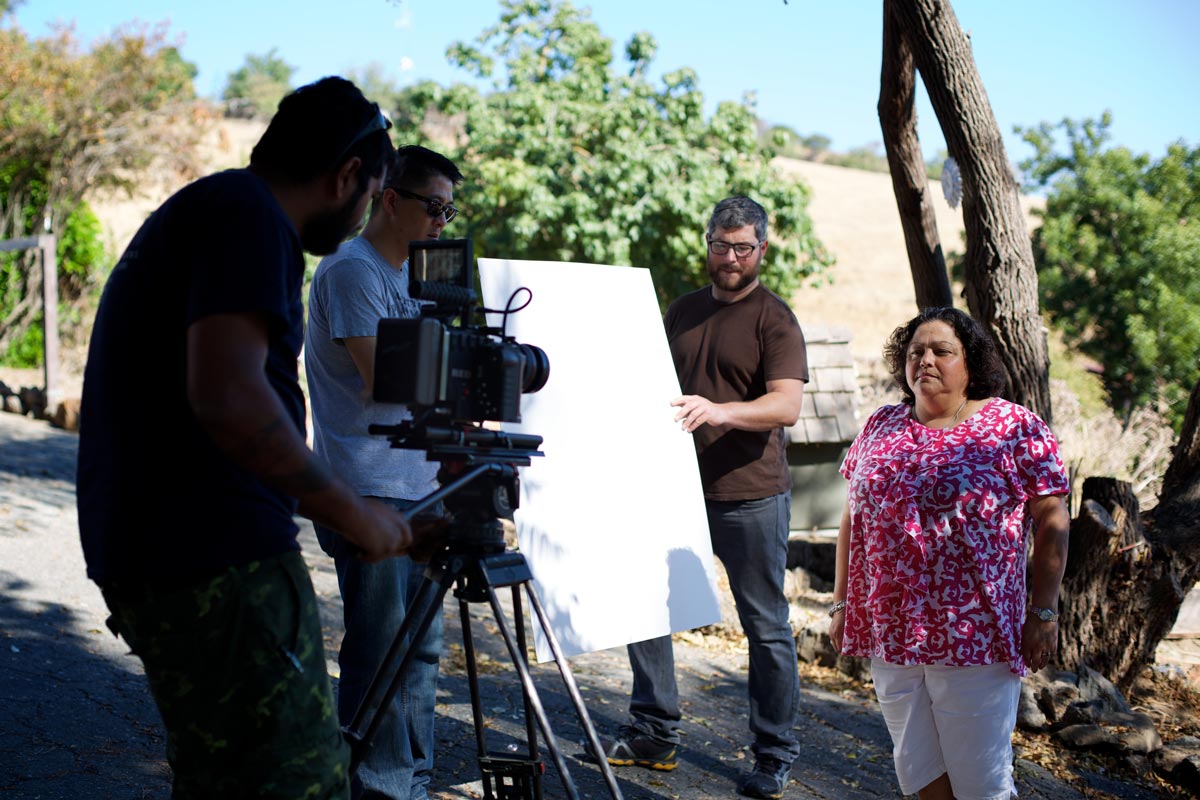 The goal of our documentary was to try to enter the minds of the veterans who were suffering from mental illness so we can better understand their complex lives. I asked them to share things that were important to them, including playing with their therapy dogs, doing exercise, practicing their religions, creating art, and doing photography. I used this B-roll footage to supplement their interviews, matching them less literally and more metaphorically.

My first rough cut contained more than seven hours of footage, culled from 24 TB of footage. If writing is re-writing, then editing is re-editing. I went through many drafts or cuts of the film, constantly refining it. Ultimately, my final cut was 93 minutes.

After I locked picture, I worked on color grading and audio post-production simultaneously. Color grading was a huge learning curve. Luckily, I have experience color grading photographs with Apple Aperture and Adobe Lightroom. So these skills were transferrable.

I found FCPX’s Color Board to be difficult to use for color grading so I tried DaVinci Resolve instead. While I appreciate the power of the program, it became buggy and their technical support wasn’t able to fix it. Ultimately, I chose the Color Finale plugin to color grade the film. I loved how I could stay in FCPX and didn’t have to roundtrip the project from the editing program to a color grading program and back again. I also liked its color wheels, which were much easier to use than FCPX’s Color Board.

My directors of photography (Dilip Isaac and Trevor Crist) and I wanted the film to look natural but cinematic. With Color Finale, I was able to achieve this look, fine-tuning the exposure, crushing the blacks, controlling the highlights, increasing the contrast, and enhancing the colors. 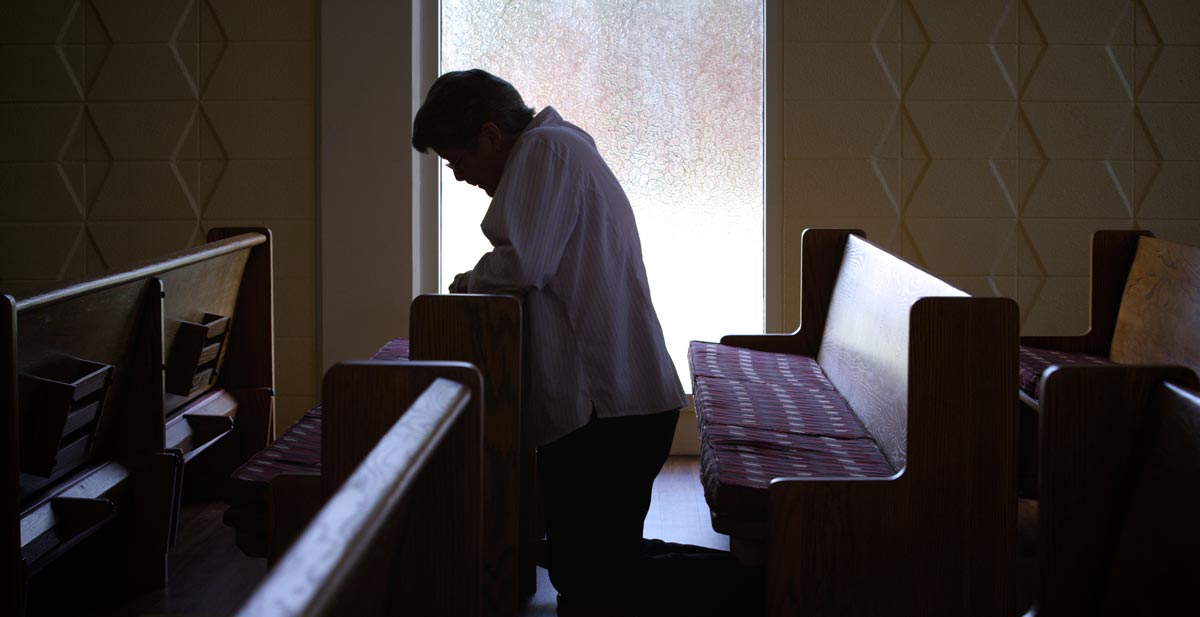 Even though the RED Epic Mysterium-X and later the RED Epic Dragon performed well in low-light, some shots still had some digital noise, especially in interior shadow areas. So I used the Neat Video plugin to remove the noise. It was very powerful and easy to use. Like Color Finale, Neat Video took a long time to render the shots, but the results were amazing.

In preparation to hand off to them, I organized all of the audio clips, designating them as “roles” (i.e., dialogue, music, effects) or more specifically “subroles” (i.e., dialogue/character or effects/roomtone). Then I exported an audio-only XML and QuickTime movies. Unfortunately, we discovered that Pro Tools, which they used for sound editing, couldn’t read the audio-only XML. After extensive research, we learned that X2Pro Audio Convert could easily convert the audio-only XML file to an AAF file that both Pro Tools and Logic Pro could read. X2Pro became an important bridge to our audio post-production team.

I spotted the film with our talented composer Sven Faulconer in Los Angeles. And then I worked with him via email while he was in London assisting legendary composer James Newton Howard on “Fantastic Beasts and Where to Find Them.” He created a powerful score for the film, envisioning the frightening sound of mental illness. He was able to balance this sound of despair with that of hope.

With the help of our hardworking post-production team, we were able to finish the documentary in time for the film festival submission deadlines. We premiered our film at the prestigious Vail Film Festival. Currently, we’ve been screening it at universities, conferences, film festivals, and special events.

To honor veterans, we released our documentary on Veterans Day (11/11/17) in the U.S. The film is now available on Amazon Video Direct, Apple iTunes, Google Play, and Vimeo on Demand as well as on our site: visionsofwarriors.com/store

Our documentary wouldn’t have been possible without the extraordinary veterans and VPRP team, our talented crew and post-production team, and our generous grantors, sponsors, donors, and supporters. Hopefully, our film raises awareness about the rise of veteran mental illness and the power of photography therapy to treat it.

To learn more about our documentary: visionsofwarriors.com

To learn more about our work: humanistfilms.com