Manuel Terceño Explains Why He Used Final Cut Pro X to Edit 2 Award-Winning Spanish Movies From 2017, and a Prestigious Drama Television Series to Be Released in 2018

While we wait for the rest of the FCP X Tour videos from NAB to get posted, here’s a last but certainly not least video from the FCP X Tour Barcelona. We couldn’t publish it sooner because some of the projects mentioned were still under NDA at the time of the recording. We hope you will enjoy the video presentation, but first some background information: 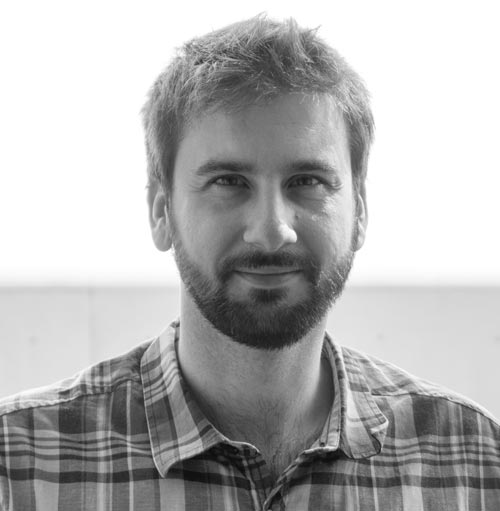 Our guest for this presentation is Manuel Terceño. He started out editing TV programs for broadcasters like TVE (Spanish National Television), Canal Plus and Canal Sur. Later he moved on to features, working as assistant editor on highly renowned films such as “Marshland” and “Smoke & Mirrors”. And as an editor of television movies like “La Xirgu”. This movie got him nominated for Best Editing at the Andalusian Cinema Awards.

Currently he is one of the editors for “La Peste” (The Plague), a TV drama series co-produced by Atipica Films and Movistar+ to be released by the end of the year.

Manuel is a big fan of Final Cut Pro X. In the video you will hear in more detail why he prefers FCP X above other NLEs, and how the unique tools in the application have saved him tons of time and effort while working on two award-winning movies. 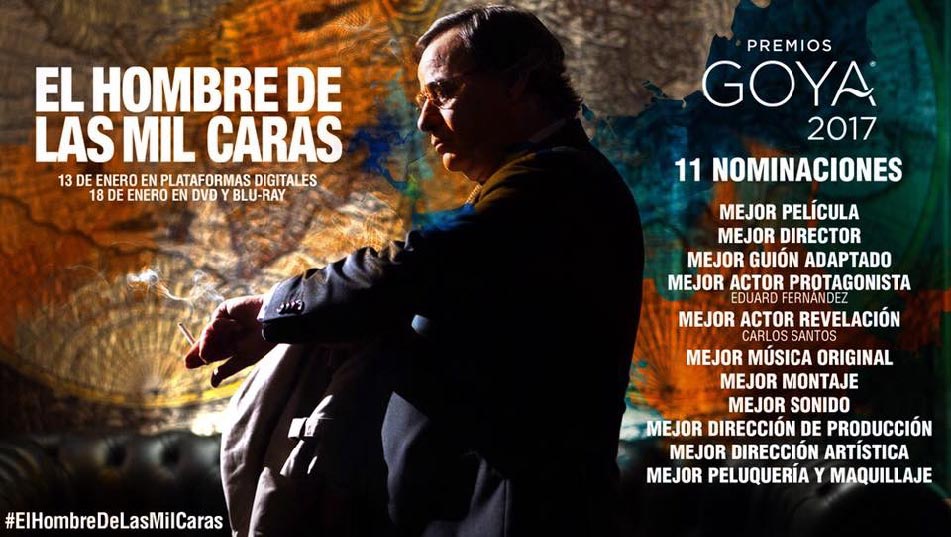 El Hombre de las Mil Caras (Smoke & Mirrors) is a 2 hour Drama/Thriller based on the true story of a former agent of the Spanish secret service who faked his own death after an infamous corruption scandal. The thriller was directed by Alberto Rodriguez, one of Spain’s prominent movie directors.

Its was edited in FCP X by José M.G. Moyano, who has been collaborating with the director since the beginning of his career. José has won the Goya Award for Best editing for the highly acclaimed movie “Marshland”. Manuel was the assistant editor in both productions, and he had a key role in their switch from FCP7 to Final Cut Pro X. 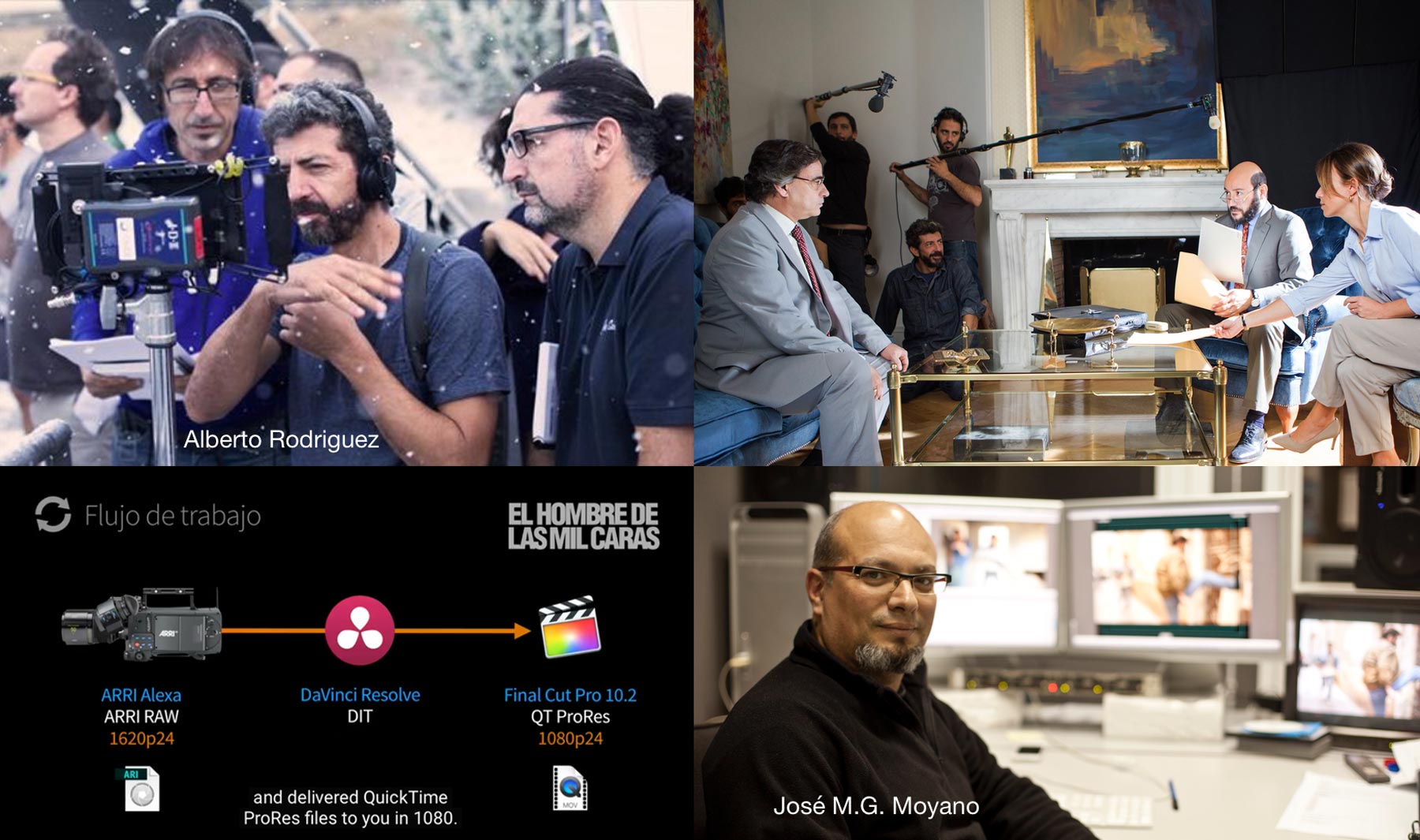 For “Smoke & Mirrors” the team shot over 80 hours of Arri footage during 62 days on 90 different locations in Europe and Asia. Every day the DIT uploaded ProRes Proxy files via Google Drive to editorial in Spain so they could start prepping the footage while waiting for the full resolution clips. This also allowed them to give feedback to the director while the shoot was still going on. 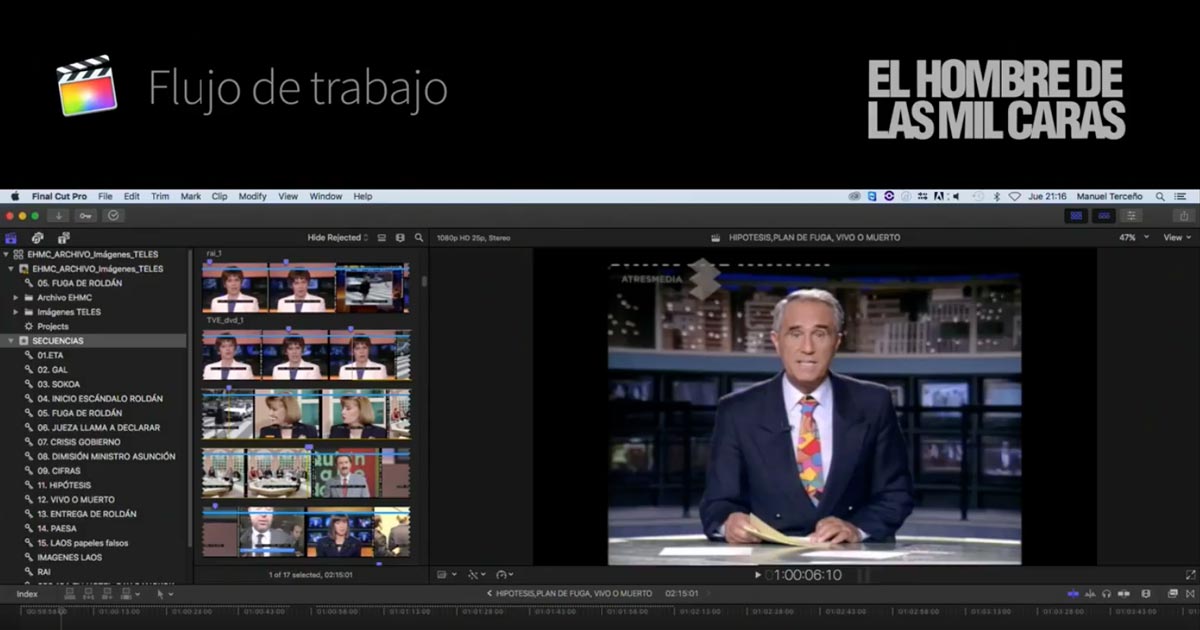 They also received tons of archive news footage which Manuel needed to organize. Using content based keywords in Final Cut Pro X made them save a lot of of time in this process. 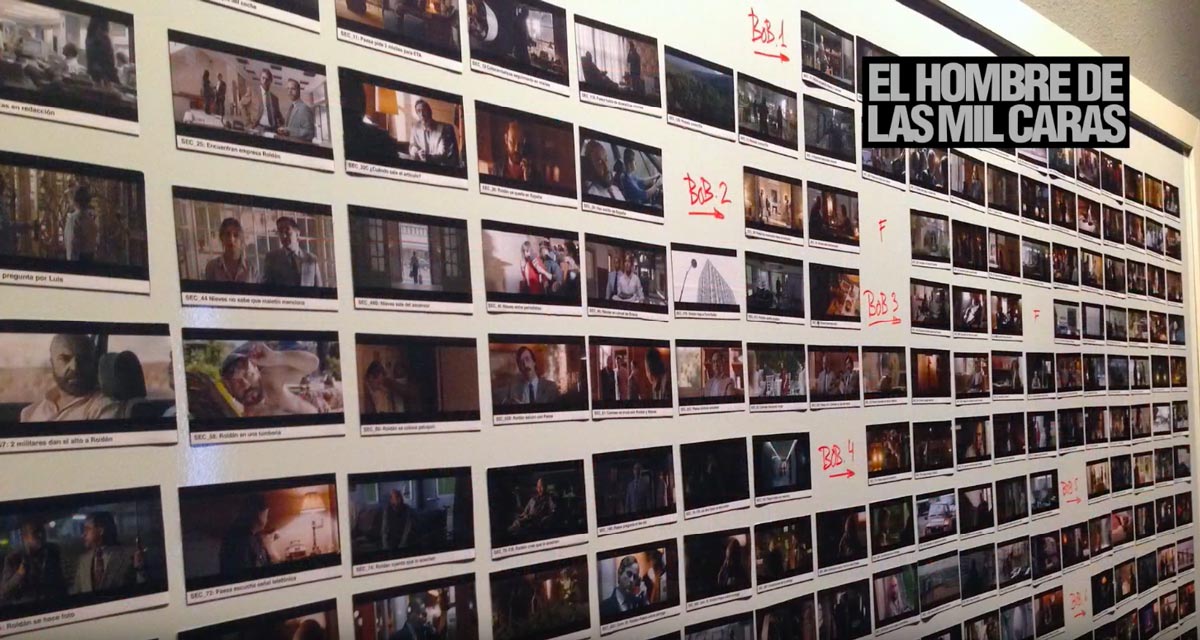 During editorial they used the classic picture board to keep a general overview of the movie and find the right structure and pace for the scenes. Whenever scenes needed to be swapped on the timeline, they found the magnetic timeline to be a huge advantage. 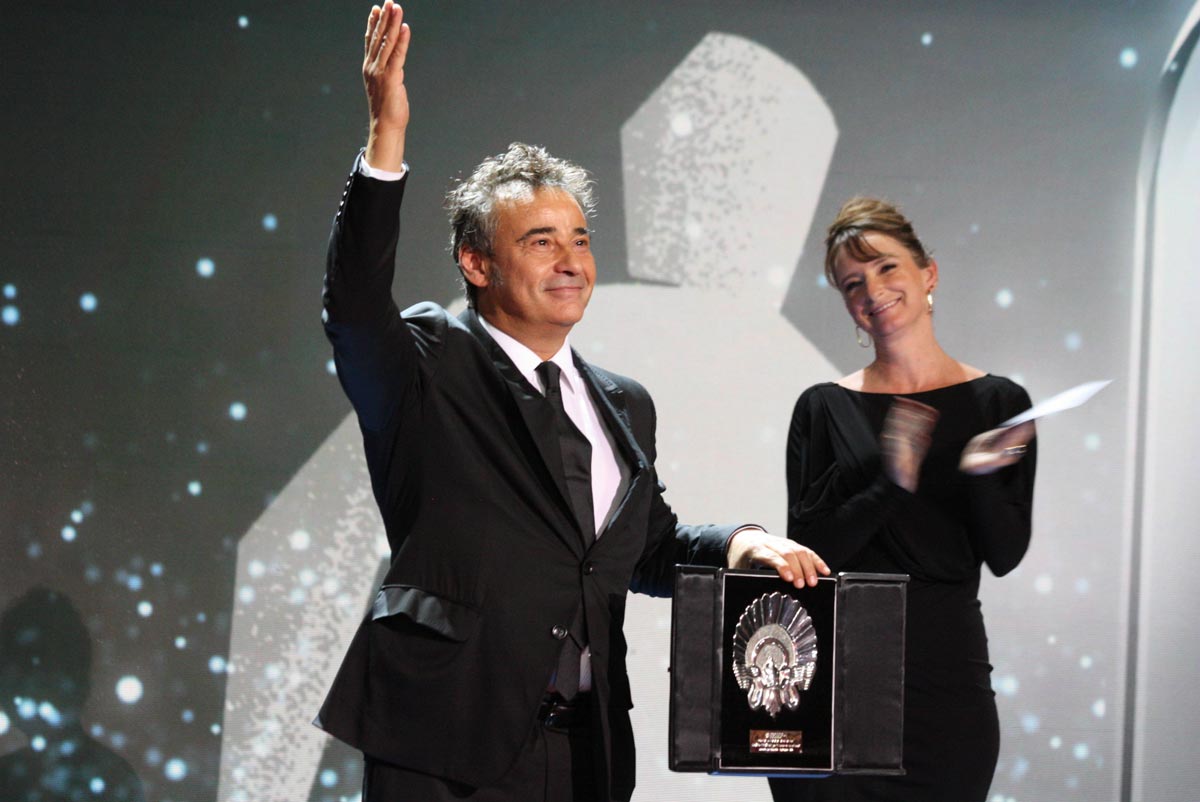 The movie won the Silver Shell for Best Actor (Eduard Fernández) at the San Sebastian Film Festival, it had 11 Nominations for the 2017 Goya Awards (Spanish Film Academy annual awards) including a nomination for Best Editing, it received 10 Nominations for the 2017 Feroz Awards (Spanish Film Journalists Association Awards), and it was also screened at the 2016 London Film Festival. 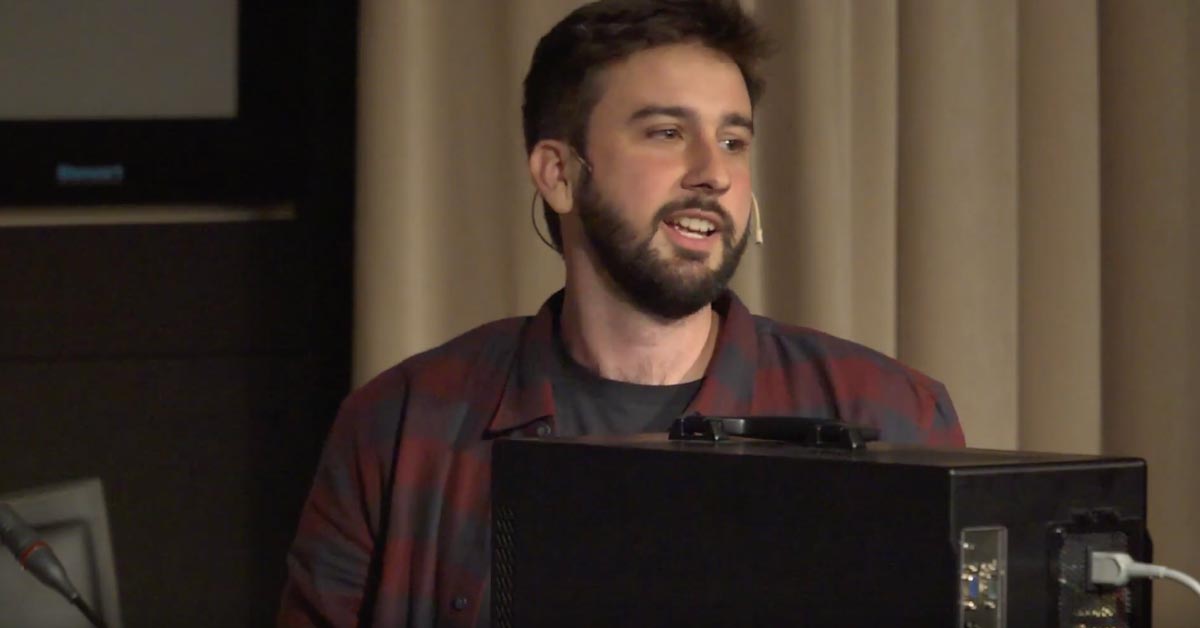 Manuel said: “We really enjoyed our first experience with Final Cut Pro X in “Smoke & Mirrors”, despite the issues we ran into with version 10.2: the lack of responsiveness when working in long timelines, or the time it took to load really large libraries... As Apple kept regularly updating the software I noticed that the performance was always getting better, so that gave me confidence to stick with FCP X to edit my next project, the TV movie “La Llum d’Elna”. 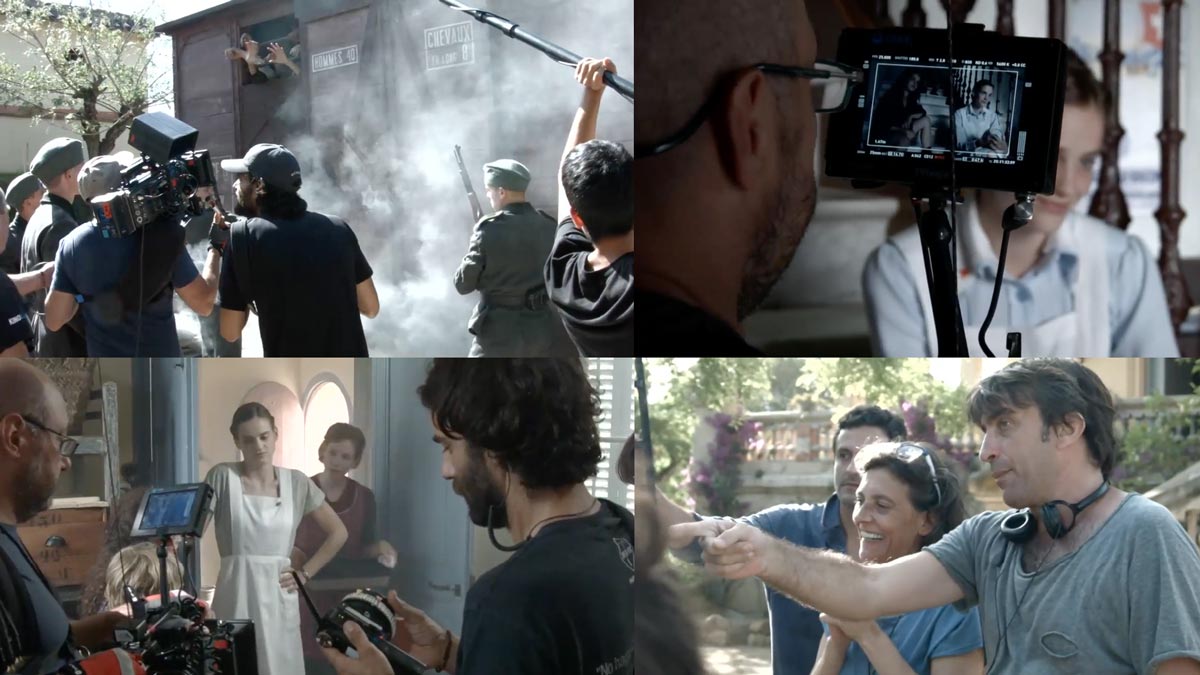 It tells the story of the Maternity of Elna in Spain during the second World War. In 1942, after three years of bringing back dignity to mothers interned in refugee camps and saving the lives of their babies, the maternity has been ordered to close its doors by the French authorities. Its Swiss director Elisabeth Eidenbenz, the mothers and the collaborators who have helped to make everything possible, will do everything they can to prevent this. 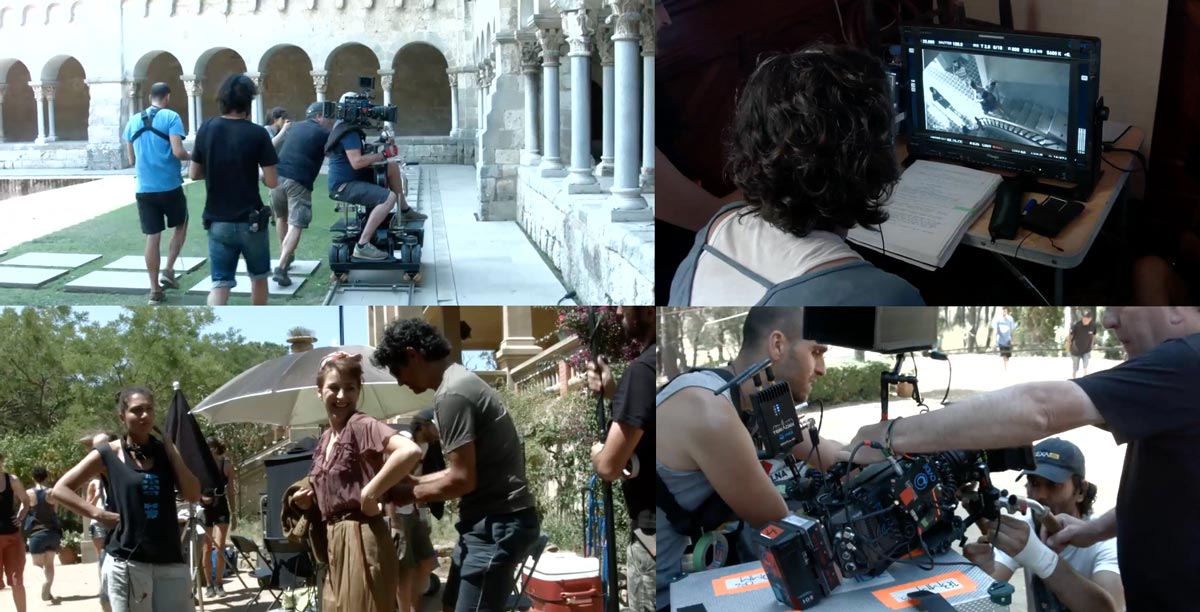 “La Llum d’Elna" was directed by Silvia Quer, who has worked on many popular Spanish scripted television series. It was shot with Arri Alexas in ProRes 4444 XQ and edited natively in FCP X. Manuel told us that the director did not know Final Cut Pro X at all. But she quickly became familiar with it and she told him that after having seen it at work, she likes the application a lot. She was particularly pleased with the Auditions feature. 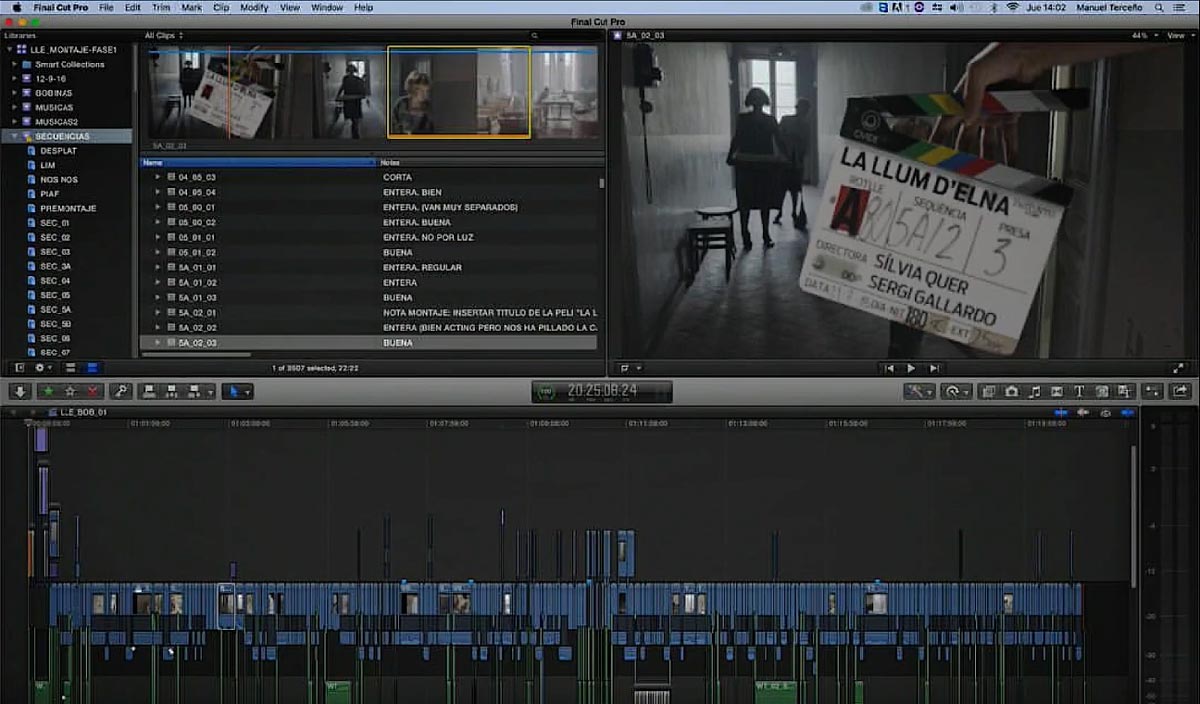 Manuel was the lead editor. The dialogue was in 4 different languages, but that did not present any special difficulties for him. For “La Llum d’Elna" he used a different way of organizing his footage in FCP X than he did for “Smoke & Mirrors”: he used keywords instead of events to organize the scenes. 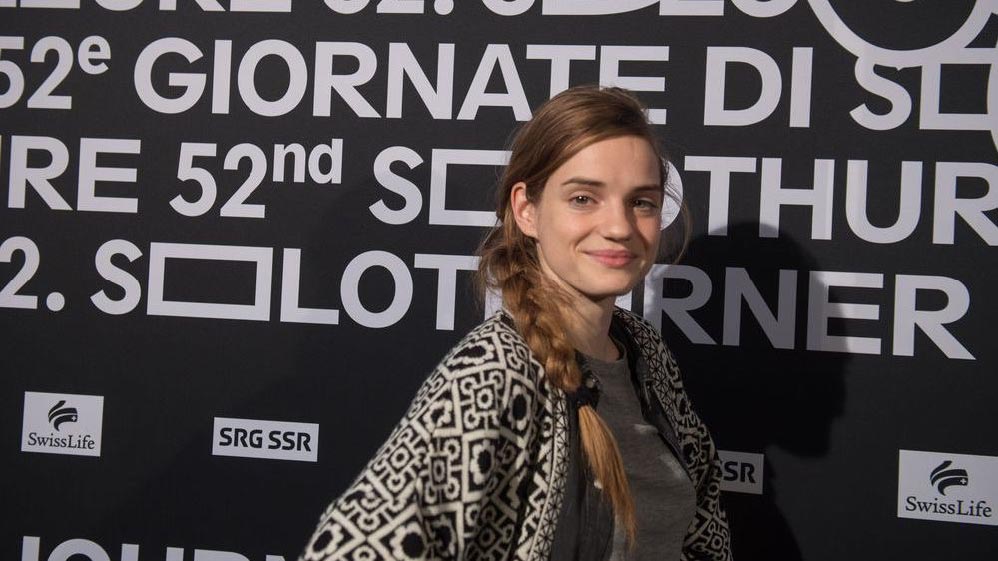 And here’s the presentation of Manuel Terceño that we recorded during the FCPX Tour in Barcelona. It was one of the highlights of the event. The  video should have English captions, if not you can toggle them on.

Since then, Manuel has started working on yet another high-profile production: a 6 x 50’ television series called “La Peste” (The Plague). It is co-produced by Movistar+ and Atipica Films. Atipica is the production company behind “Smoke & Mirrors” and the highly acclaimed “Marshland” (winner of 10 Goya Awards), crafted by the same team. 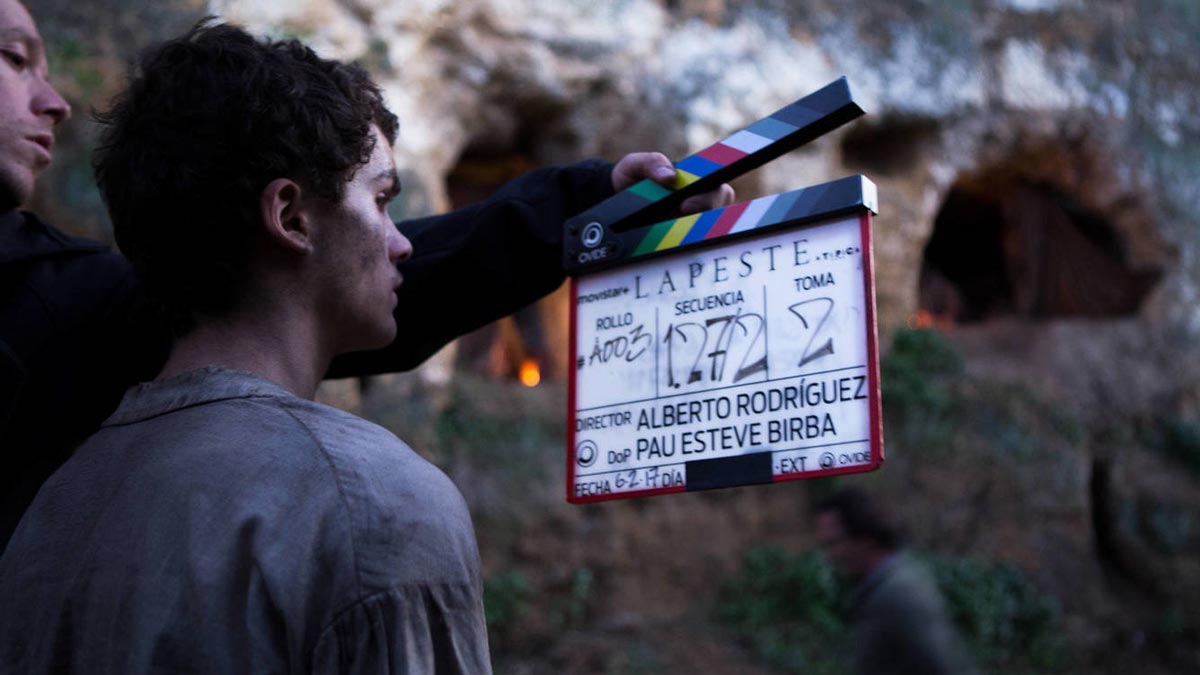 This prestigious fictional series is settled in the XVI century in Sevilla, gateways to the Americas and one of the richest cities of the time, about to be hit by the bubonic plague. 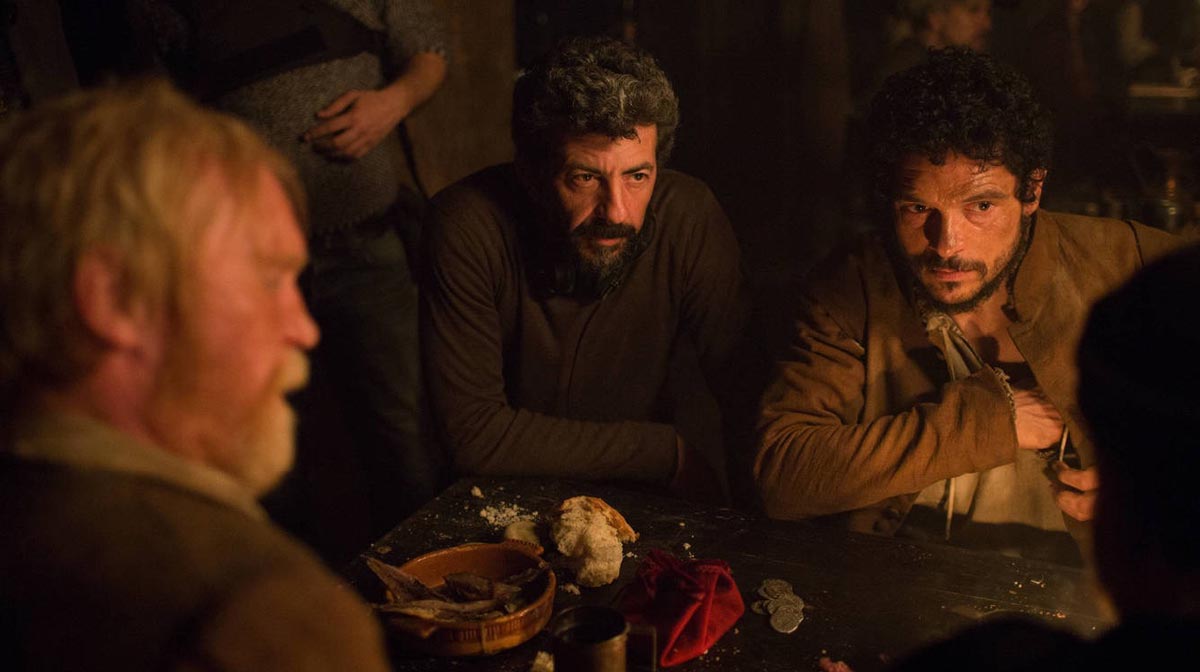 The series is directed by Alberto Rodriguez, who also directed “Smoke & Mirrors”. Shooting and editing has begun early February. The show is being edited natively and collaboratively with FCP X. The editorial team consists of 2 editors and 1 assistant editor connected to a 120 TB JellyFish Tower from LumaForge. Manu is one of the editors and José M.G. Moyano has a dual role as post supervisor and supervising film editor.

“La Peste" is the first major fiction production for Spain’s prime channel Movistar Plus, which is part of telecom giant Telefonica. It is the start of a very ambitious plan that will include the production of eight to ten original cinema-level TV series a year, starting from 2017. We will certainly come back with an extensive article on the post-production side of the project.

To wrap up the interview, we asked Manuel what specific features in FCP X are most important to him. This is his overview: 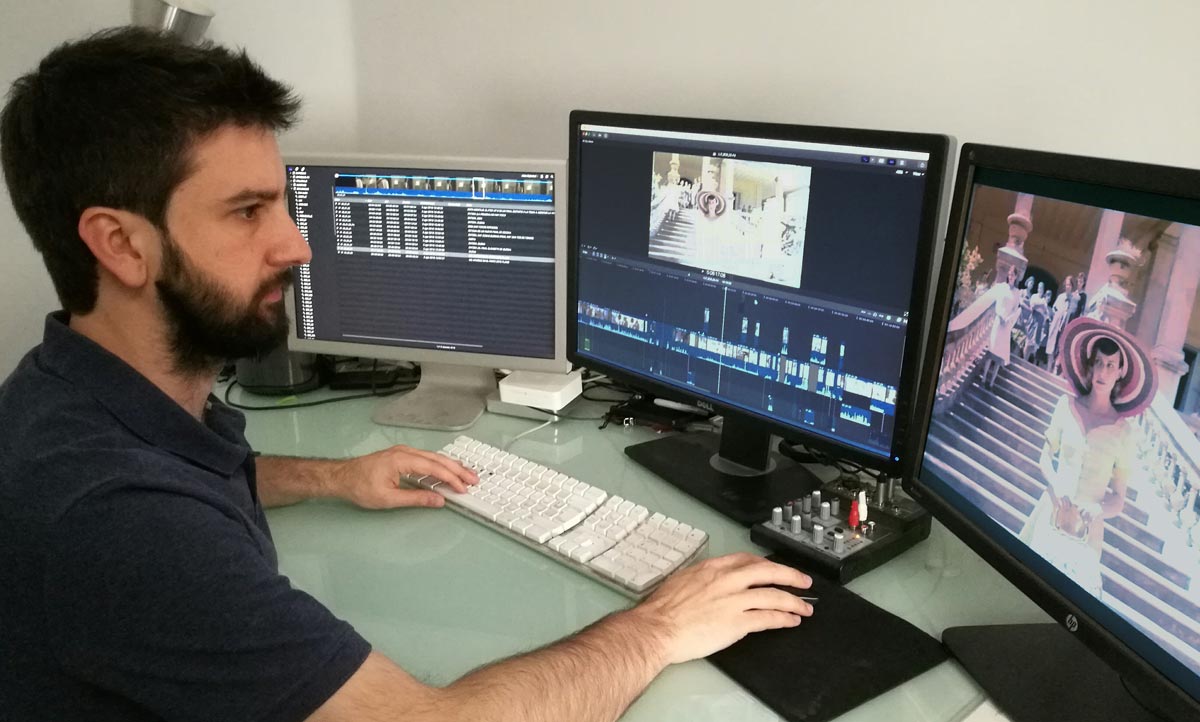 This unique feature in FCP X allows you to quickly move shots or entire sections without having to worry about Snapping or accidentally overwriting anything. You just know that everything will fall in the right place. This is a huge advantage because it allows you to edit in a fast and precise way that no other NLE can match.

It also enables you to delete or trim shots while having the confidence that nothing gets thrown out of sync. Also, being able to trim on the fly and make all kind of tweaks without stopping playback makes for a more fluid editing experience. It allows your creativity to flow uninterrupted. 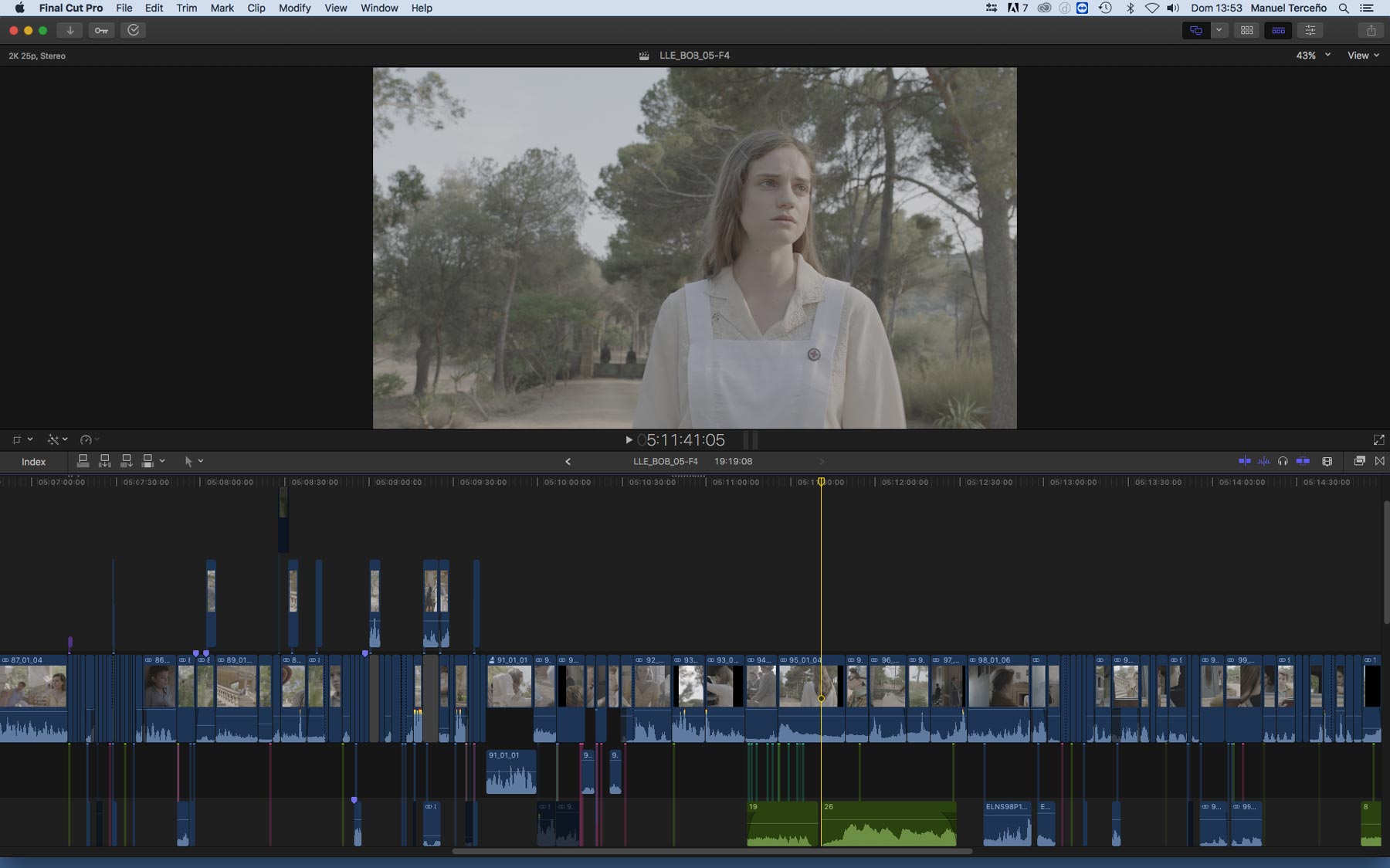 This is one of my favorite features in Final Cut Pro X. It’s amazing to be able to store alternate takes right in your timeline in such a clean way, and switch between them with the click of a button. Directors really love this! 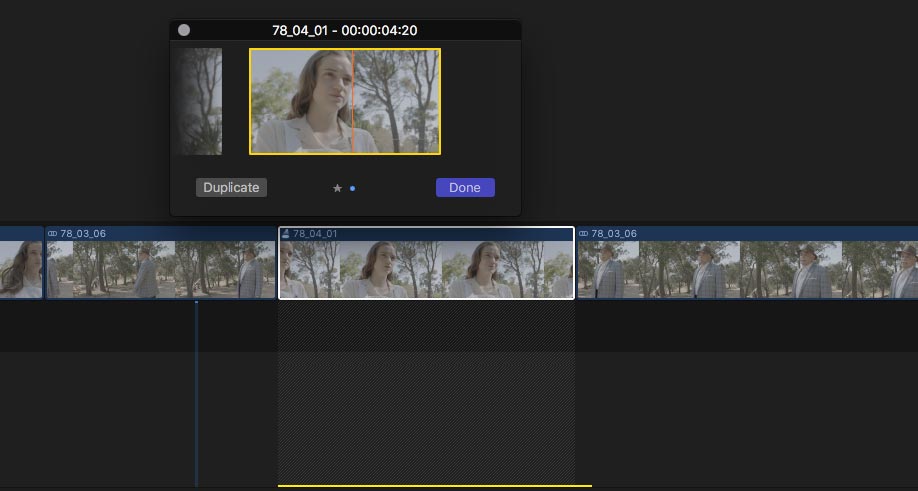 I usually work with multiple channels of audio. Thanks to the iXML support in FCP X, I can see all the information at a glimpse: mic type, character name, stereo mix. I like to edit with the Stereo Mix only for the most part. 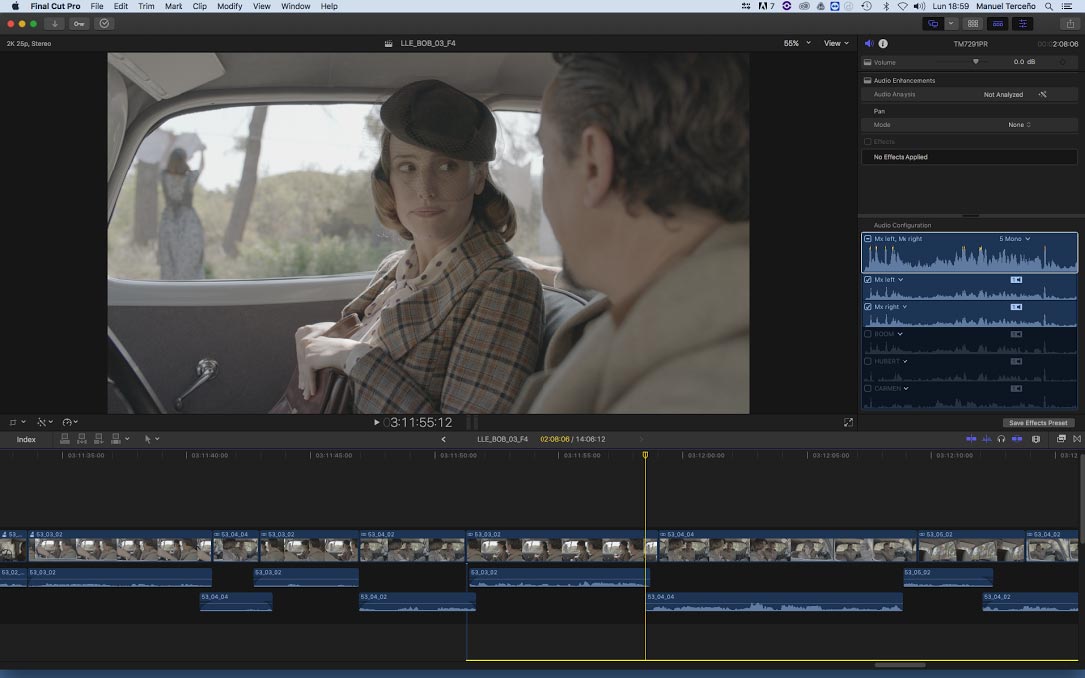 But when I need to pull a particular channel, this is amazingly fast and easy to do by just clicking a checkbox in the inspector. I don't have to match back to the source, nor create new audio tracks and re-arrange all the other clips in the timeline to make room for any added channels.

It's also great to know that, later down the line, everything will be perfectly organized when turning over to sound, thanks to the audio subrole metadata that FCP X automatically assigns based on the iXML. It's so liberating not having to worry about all these things anymore, and to be able to focus on being creative.

When I discovered this feature, I was blown away. It’s so easy to find takes, audio, notes, markers, anything in there without scrubbing through an endless timeline. I use it a lot because I add a lot of notes during the editing process, and it allows me to jump quickly to them. 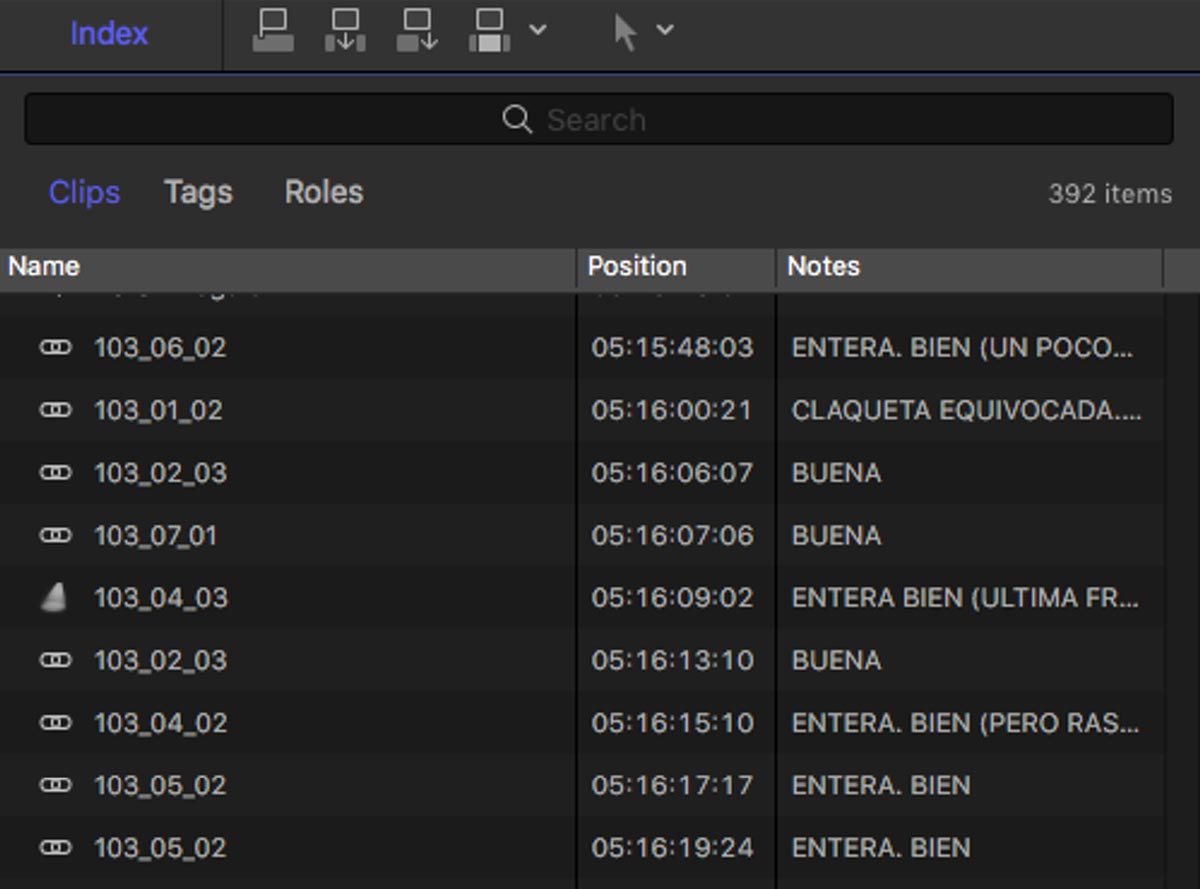 There are many more FCP X specific features that you end up falling in love with. Other NLEs have picked up on some of them, but nothing feels as well-rounded as the original. So going back to a traditional track-based timeline now seems like a step back to me. It would be really hard to give up on this new way of editing, once I've become so comfortable with it.

Finally, with every update, Apple keeps on pushing these concepts one step further by refining the software... That’s probably why FCP X always remains fun and exciting to use, because you keep on discovering new things that you can take advantage of in order to enhance your workflows and your experiences as an editor.

Building on his experience in enterprise workflows, he became a core member of LumaForge, now an OWC company.