As FCPX matures, we are seeing more and more features being cut on the software. The Precipice is a low budget Australian indie that chose to post on FCPX for flexibility and speed.

Ben Pascoe very kindly dropped us an email from Australia telling us about his latest independent feature The Precipice. Written and directed by Mick Hatch it was shot by award winning DOP Torstein Dyrting ACS.

Let us take a look at the trailer.

We will let Ben take up the story.

From the beginning I was considering what system I should edit the film on. It was shot on two Red Ones and during the shoot converted to ProRes 422 at a 1/2 de-bayer as a proxy for editing. Mick's first film Bitter Art (www.bitterart.com) was edited on FCP 6 but I had been using FCPX for a while to edit short corporate videos and had become accustomed to the workflow.

The event browser and skimming along with auditioning and even the magic timeline had sped up my editing work flow, but I was concerned that FCPX wouldn't be able to handle larger projects. So we tested out Adobe's Premiere, I liked the native Red support and the Cuda render engine, but was worried about editing a whole feature natively with Red footage. We also considered Media Composer but eventually we landed back on FCPX for its speed.

And well, it was a good choice 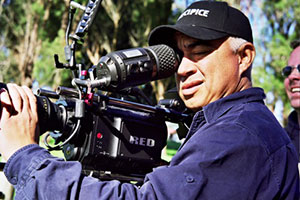 Our workflow was this. Sync footage with the sound in Plural Eyes and then bring in each day the synced footage into events. Then I would use the metadata to assign the scene and shot number to each clip and then in each event I created smart collections for each scene.  Then I cut each scene into its own timeline. Eventually I made a completed timeline with each scene as a compound clip for rearranging and then as we got through to the fine cut I broke apart those compound clips and massaged the cut into its final form.

Along the way things just moved quickly, The director loved auditioning clips to the point that it drove me mad. By and large FCPX handled the amount of data well, apart from clicking on the top level of the events browser caused it to try and load every clip! Event Manager is a must own tool.

If I could have asked for two features to be implemented it would be moving a clip without moving the connected clips with it (I know it came with 10.0.6 but sadly that was 3 weeks after picture lock) and the other would be a way to assign Metadata to the name of the clip so that I was only inputting the info about shot and take and scene once, plus notes.

All in all it was a great experience. 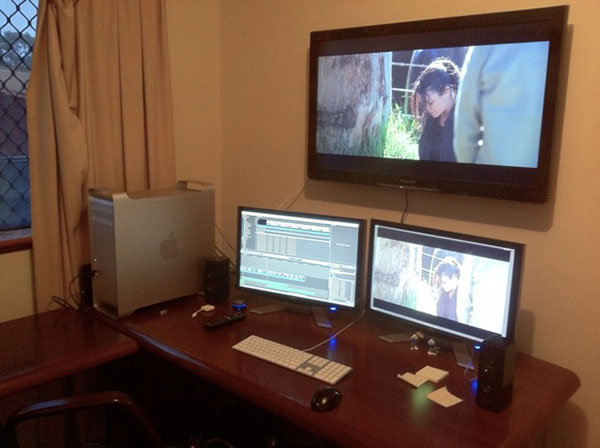 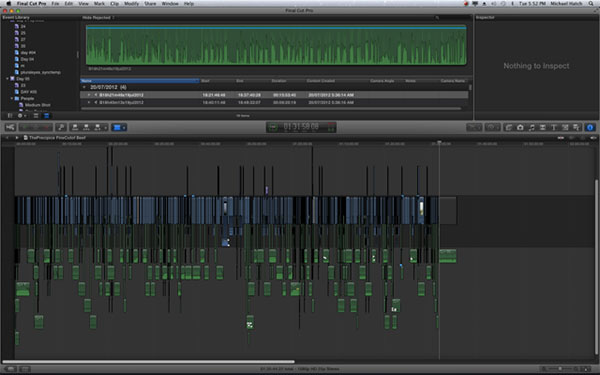 The film it self is now in post sound (Protools via X2Pro) and in the grade. Blackmagic's DaVinci Resolve was the other great workflow discovery on this project for us, linking back to the R3d files was amazingly easy.

We have sent an email to Ben to ask him for some further information about his editing setup as we know those stats are always the first questions that get asked on here!

UPDATE Ben has got back to us very speedily with his machine configs:

"We had a 2008 Mac Pro with 22gb ram, a ATI 5770 graphics card, Two Dell 24 inch monitors and a 42 inch Panasonic LCD via HDMI. We had an internal raid 0 drive that was 3TB for the Scratch drive.
As a secondary system we also had a MacBook Pro Retina 15 inch with a Mini Monitor Going to a 17 inch Panasonic video monitor for grading.
We shot 2.7 TB of Red footage and transcoded that to about 1.1TB of ProRes 422.
we shot 411 slates, and Almost as many B-roll shots.
each day we shot 7 pages of the script.
there are about 2260 cuts in the film.
The Main shoot lasted 12 days, with a further 4 Pick up days for long wides.
The Lens used were a Sony 11-16mm T3,  Red 18-55mm T3, 135mm Ultra prime and the Red 300mm. with the Ultra prime and the 11-16mm used for most of the shooting...
The edit lasted 4 months, in between other film jobs. The Post Sound mix is about half way through at 5 weeks."

Many thanks to Ben for sending us the information about The Precipice, if you would like to know more about the film then please follow the links below.